As we enter the final month and a half of baseball and teams start to divide into the really good and the falling apart.  Players are starting to heat up across the league and the cream of the crop is rising to the top.

Most fans keep a close eye on the names they know, but it is the names you do not know that start to become important in the stretch run.  Not just for the teams that are playoff bound, but those that are looking to their future as well.

Here are three offensive players and three pitchers in the National League that qualify for the Rookie Of The Year award.  If you are not watching these guys by now, it is time to start.

Taking a look at the offensive guys in the National League leads to a few names that may be worth examining.  Danny Espinosa of the Nationals and Freddie Freeman of the Braves have both clubbed over 15 home runs.  Darwin Barney of the Cubs is hitting .288 and has over 100 hits already this season.  The Mets Justin Turner can boast 20 doubles to his credit and Dominic Brown of the Phillies has a .393 slugging percentage in limited action.  Here’s the top three as I see it:

The Odds On Favorite For Rookie Of The Year
This is becoming a two-horse race but, in my opinion, Freddie Freeman of the Atlanta Braves is pulling away from the competition.  Freeman may not lead rookies in home runs, but he has put up a respectable 15 dingers to this point in the season.  Add in a .296 batting average, .362 on base percentage, .474 slugging percentage, 55 runs batted in and 40 walks and you have a first baseman that is among the best in the league, not just one of the best rookies in the league.

The Runner Up
Danny Espinoza has been wrecking pitchers with power numbers that are impressive for a young man playing shortstop for any organization.  The Nationals’ shortstop has launched 17 balls out of stadiums this season while tying Freeman for the lead among rookies with 55 runs batted in.  Equally impressive is 12 stolen bases, showcasing that he is not a one trick pony and will apply some speed to his career as well.  His on base percentage is 86 points higher than his batting average, which would be very impressive if he was not hitting .228 meaning he is reaching base at a .314 clip.  His .422 slugging percentage places him second when ranked next to other rookies in the league.

He Deserves A Look
The Nationals have put together quite the young team and anchoring it all down behind the plate is Wilson Ramos.  Ramos is putting together enough of an offensive season to get himself some looks in the rookie races.  Hitting .248 with a .322 batting average and a .405 slugging percentage while parking 9 balls over the fence and driving in 34 runs can get you some press time as a rookie.  Back it up with a fielding percentage of .992 and throwing out 35 percent of would be base stealers and a lot of teams would like to have a guy like that on the roster.

What may be more impressive in the National League is the crop of rookie pitchers that will be vying for a Rookie Of The Year nod this season.  The obvious stats will see people talking about New York’s Dillon Gee and Atlanta’s Craig Kimbrel due to their dominance in wins and saves.  Stat heads will point out Josh Collmenter from Arizona and Brandon Beachy of Atlanta as an under-appreciated players due to the lack of punch in the obvious categories.   San Diego’s Cory Luebke may have the same problems on top of playing on a under-performing team that will keep him hidden from most fans’ eyes.

The Odds On Favorite For Rookie Of The Year
The Atlanta Braves may be cornering the market on this year’s award, depending on if it goes to an offensive player or a pitcher.  It is hard to argue against Braves closer Craig Kimbrel.  He does not just lead rookies, but leads the National League with 34 saves in 39 chances.  His sub 2.00 earned run average has earned him three wins and two losses in the five games that he did not save and has been dominant over his 56 innings pitched.  So dominant that he finds himself third in strikeouts by a rookie pitcher with 87, behind pitchers with more than 30 innings more than himself.  His 87 strikeouts far outweigh his 22 walks and he has only allowed one ball to leave the yard all season.

The Runner Up
Coming in second to a player of that caliber is not a bad effort and if it was not for the season Kimbrel is putting up, it is possible that Cory Luebke would turn a few more heads in San Diego.  A swingman pitcher who has appeared out of the bullpen 29 times and as a starting pitcher eight times, he is putting together a solid season for a team that is falling apart.  His earned run average is just over 3.00, has pitched in 88.1 innings, and has struck out 91 hitters on the season.  Only 22 walks to his credit and a measly six home runs shows that he can be dominant and stingy with the best of them and lands him second on this list.

He Deserves A Look
The New York Mets have struggled to win, been surrounded by rumors of trading their star shortstop and have faced financial ruin this season.  In the middle of all of that stands Dillon Gee.  He leads all rookies in innings pitched with 112.1, in games started with 18, and wins with 10.  His earned run average is under 4.00 and he has struck out 74 batters to only 46 walks.  The frustration with Gee is his hit batters, of which he has 11, and his home runs, he has surrendered 11 of those too.

Around the league there are pitchers and hitters that will look to capitalize on solid rookie seasons and avoid the Sophomore Slump.  While these players are showcasing themselves around the National League, it is important to take a look at one player that is not on this list that will mean something more to our i70baseball fans.  Here is our honorable mention.

i70baseball Honorable Mention
The Cardinals have produced more than a few rookies this season, on the mound and at the plate, but it has been one player that has shown that he not only belongs in the big leagues, but also that he is getting better as the season goes on.  Daniel Descalso has built his average up to a respectable .262 while getting on base to a .339 average.  His power numbers are low but his value to the team, playing multiple positions and putting the ball in play on a regular basis, is mounting and he is becoming a typical Tony LaRussa type player for many seasons to come.

As the season comes to an end, keep an eye on these seven players and their impact on their teams and the league when the dust settles.  One of these players will take home a Jackie Robinson Award and etch their name into the history books.  The rest will attempt to build on a solid rookie campaign and make a career out of it.  Time will tell how well these names will become known.

Bill Ivie is the editor at I-70 Baseball as well as the Assignment Editor for BaseballDigest.com.
He is the host of I-70 Radio, hosted every week on BlogTalkRadio.com.
Follow him on Twitter here.

View all posts by Bill Ivie → 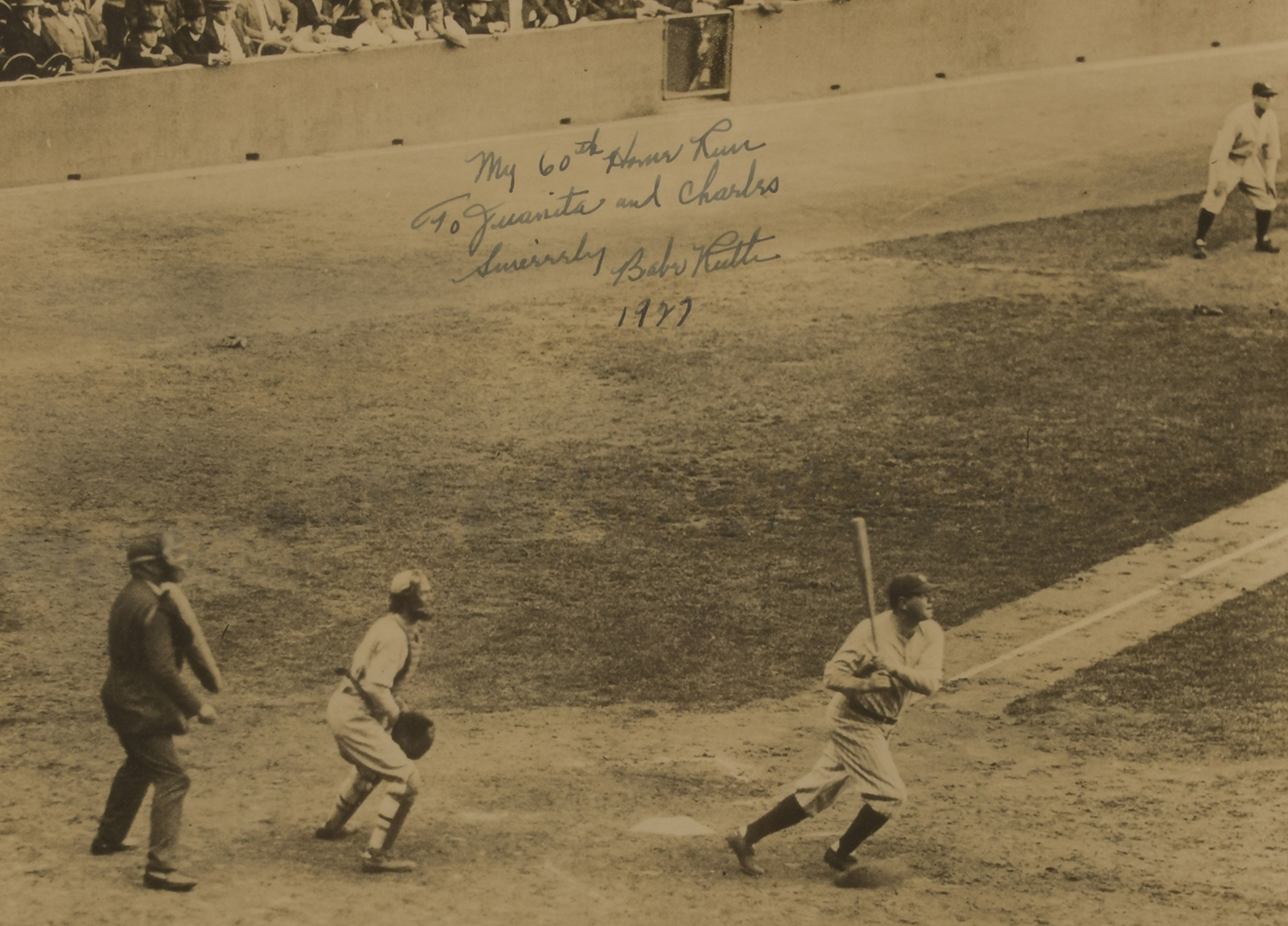 Ruth Collection To Be Offered At Yankee Stadium Auction June 15