The Baseball Assistance Team (B.A.T.) will celebrate the 50th anniversary of the New York Mets at the 23rd annual “Going to Bat for B.A.T. Fundraising Dinner on January 24, 2012, at the New York Marriott Marquis Hotel. Founded in 1986, B.A.T. is dedicated to assisting members of the Baseball Family through financial grants, healthcare programs and rehabilitative counseling. More than $23 million in grants have been awarded to date, benefiting more than 2,700 members of the Baseball Family who are in need of assistance.

At the “Going to Bat for B.A.T. Fundraising Dinner,” fans are given the opportunity to interact with Baseball Hall of Famers, and former and current Major League Baseball players while raising money to assist members of the Baseball Family who have fallen on hard times. The night’s festivities include a cocktail hour in which attendees have the opportunity to meet and obtain autographs from players. Players are seated with guests at each table during the dinner and all proceeds go to B.A.T.

“The New York Mets brought National League baseball back to New York in 1962, and since then, have won two championships and created some of baseball’s most indelible moments,” said B.A.T. Executive Director Joseph Grippo. “The organization has been an incredible supporter of B.A.T. over the years, and we are thankful for their generosity in helping members of the Baseball Family. The Mets have one of the most passionate followings in the game, and we are happy to give those fans an opportunity to rub elbows with some of their baseball heroes while raising money for B.A.T.”

“We are honored that the Baseball Assistance Team is saluting the Mets 50th anniversary,” said Dave Howard, Mets Executive Vice President, Business Operations. “This will be an Amazin’ experience for our fans to meet some of the greatest players in our history and raise money for B.A.T.’s mission of helping members of the Baseball Family in need.”

Special awards are presented at the Dinner each year: the Big BAT/Frank Slocum Award, which goes to an individual who provides financial support and generosity to the B.A.T. organization; the Bart Giamatti Award, which goes to the individual who displays a dedication to giving back to the community; and the Bobby Murcer Award, which is presented to the team in both the American League and National League whose players contribute the most amount of money to B.A.T. through the B.A.T. Payroll Deduction Program that previous year.

Entering its 27th year, B.A.T. is a unique organization within the sports industry dedicated to assisting members of the Baseball Family who are in need. Through charitable contributions from corporations, foundations and individuals, B.A.T. strives to provide a means of support to people with financial, medical or psychological burdens. B.A.T. is a 501-(c) 3 charitable organization.

For more information about B.A.T., to purchase tickets for the Dinner or to make a donation please call 212-931-7821 or visit http://www.baseballassistanceteam.com. 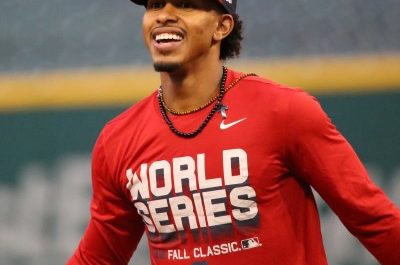