It’s hard to think of a time when the Yankees were not the dominant force in the game — not just as a year-after-year championship-caliber squad on the field, but the economic engine that, along with select other franchises to varying degrees, drives the game.

But in the first two decades of the 20th century, the American League’s New York entry was a perennial also-ran, utterly dominated by the Giants, the Senior Circuit squad with whom they, for a time, shared the Polo Grounds.  The acquisition of Babe Ruth in 1920 is, of course, an important turning point in the competitive and financial dynamic of the two franchises.  But it was the opening of Yankee Stadium in 1923, a move in many ways forced upon the Yankees by John McGraw and the Giants, which turned the tides forever in the Pinstripes’ favor.

Robert Weintraub chronicles the events and actions which led to this sea-change in the excellent The House That Ruth Built: A New Stadium, the First Yankees Championship, and the Redemption of 1923 (Little, Brown and Company, 420 pps.).  Ruth’s power, as Weintraub shows, was actually more suited to the Polo Grounds, as his frequent right-center-field clouts that previously were home runs now turned into outs and, occasionally, doubles and triples in the park dubbed in his honor.

But the boon that playing in their own park, rather than one rented from their NL foes, allowed the Yankees to build the dynasty that had its roots in the 1921 and 1922 teams which won the AL but fell both times to the Giants in World Series played entirely at the Polo Grounds.  Ruth was totally dominated in both Fall Classics, McGraw’s “scientific baseball” still reigning supreme despite the imminent and permanent changes the new “rabbit ball” would cause.

Weintraub looks deeper into the development of Yankee Stadium plans, giving more credit than is usually afforded to the Yankees’ “other” co-owner, Tillinghast L’Hommedieu Huston, who is much less remembered today than beer magnate Jacob Ruppert, who won a power play of sorts to claim dominant ownership of the club.  Huston’s story is at least as fascinating, and his contributions to building the Yankees, as well as the Stadium, are significant.  His already strained relationship with Ruppert completely shattered, Huston sold his share to his partner just two months after Opening Day.

The House That Ruth Built is filled with interesting stories, like Ruth’s off-season regimen to recover from an injury-filled 1922, McGraw’s refusal to have his team dress in the new Stadium (opting to make the trip across the river in full uniform) and an exhibition game right before the World Series which actually combined the Yankees and Giants forces — unimaginable today!

The star of the book, though, is Ruth, who ushered in this new era, rising to the occasion with a home run — of course — in the Stadium’s inaugural game and leading an early form of Murderer’s Row to the team’s first title.  In wresting control of the sport from McGraw, Ty Cobb, Tris Speaker and the “old” way of playing the game, Ruth and the Yankees were at the front of this inevitable and permanent change. 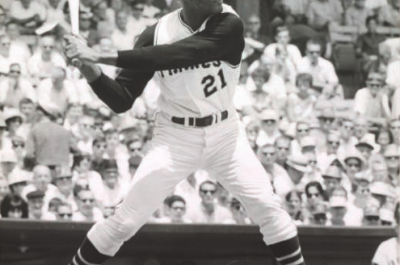