The days of praising a player as high caliber talent by calling them a ’5-tool player’ should end today. The greatest ballplayers find a way to become ’6-tool players’. The well-known five and then a very important sixth: staying healthy.

Talent is outstanding, and worth paying a great amount of money for, if one can stay on the field.

It doesn’t matter if your starting rotation consisted of a fantasy list including Sandy Koufax, Cy Young, Pedro Martinez, Randy Johnson and Greg Maddux in their prime. If those same names spend more time on your DL as opposed to your manager’s lineup cards throughout the year, all you will ultimately get out of them is increased jersey sales revenue. You certainly won’t see anything from them where it really matters.

This season many teams have been bit by the injury bug, serving as an insurmountable force in the win-loss column. For example, on paper, the Chicago Cubs should have been a contender in the National League Central for 2011. Despite off the field problems in Flushing, New York, the Mets had a roster that could have competed for the wild card longer than they already have. With an elimination ‘E’ already posted for in the Cubs’ row of the MLB standings and one looming for the Mets (3 games until the Mets reach elimination for 2011), a large reason why they have had the season they’ve had is injuries. The Cubs lost a significant amount of their starting rotation to long term injuries this season and the Mets lost over half their starting lineup to nagging, recurring visits to the DL.

The Chicago Cubs are an aging team and injuries were bound to become a great issue for them at some point. 2007 and 2008 saw the Cubs capture NL Central division titles. 2008 may have been their last true chance to win it all any time soon as the team is getting older and the injuries continue to pile up. The Mets nearly reached the World Series in 2006, had giant collapses in 2007 and 2008 and injuries have haunted them since.

The Cubs are making an effort to test younger talent and hopefully nip this trend in the off-season. The potential spoiling injury bug is one plot line Mets fans are all too familiar with.

I attended Opening Day at Citi Field a couple years ago and the loudest boos were for the athletic trainers in the announcing of the organization members. Not even Luis Castillo received boos at the decibel that the team’s trainers walked out to. Certainly the way key injuries have been handled regarding key star players recently (Reyes and recently traded, Carlos Beltran, especially) has not pleased the Mets faithful. It also may have been a release of frustration after years of watching their promised stars of the future go down with injuries for decades.

Jason Isringhausen, who turns 39 today, is a perfect example. Isringhausen was drafted by the Mets in 1991 and before he even put on a New York Mets uniform, the media hype surround him completely. After Dwight Gooden energized New York City with his performance on the Shea Stadium mound for years, Mets fans were hungry for someone to follow in Dr. K’s dominant footsteps. The New York media responded by putting Isringhausen and fellow minor league pitchers Bill Pulshipher and Paul Wilson in the spotlight as the next great Mets talent on the mound. The trio was labled ‘Generation K’ and the shoes to fill became even larger as fan expectations grew.

Unfortunately for Isringhausen, Wilson and Pulsipher, injuries would prevent them from growing into the three-headed beast fans hoped they would become. Before you knew it, the 1993 and 1994 seasons had come and gone and it wasn’t until 1995 when all three pitchers were healthy enough to start for the Mets. While Isringhausen posted a 9-2 record in his rookie campaign over 14 starts, he would hit a major health speed bump battling injuries such as tuberculosis, a wrist injury and three serious injuries on his pitching arm.

The September 1996 issue of Baseball Digest highlights the disappointing Mets trio in this feature on MLB pitching corps falling short of promise.

Isringhausen wouldn’t see action for the Mets again until 1999. Time in between appearances became longer as did his walk to the mound. It was no longer the distance from the dugout to center stage. ‘Ladies and gentlemen, here are your 1999 New York Mets’ was no longer the back drop to his introduction. His trip to the mound would be a jog in from the outfield wall from here on out for the Mets as he was moved to the bullpen to start the 1999 season. 1999 provided a dramatic playoff run for the Mets, full of story book moments. Isringhausen would experience none of them however, as he would be shipped to the Oakland Athletics at the trading deadline that July.

It was with Oakland that Isringhausen embraced his new closer role and made a name for himself among the elite of the game. His late-game impact was felt immediately as he reached his first All-Star game (2000) and Oakland made the playoffs in 2000 and 2001. This gave him much-needed playoff experience for when he would reach the post-season the four out of the next five seasons with the St. Louis Cardinals.

Isringhausen had his best years with the Cardinals, sharing the thrill of capturing division titles in 2002, 2004, 2005 and 2006, making it to the World Series in 2004 and 2006. The Red Sox spoiled his first trip in 2004 with their miracle sweep of the last four games of the ALCS and the World Series. It was a bittersweet ending to a season where Isringhausen led closers with 47 saves. In 2006, he looked to follow up a strong 2005 where he finished second among closers in ERA at 2.14 and made the All-Star team. Isringhausen was successful in his bid, helping lead the Cardinals to the post-season despite having one of his poorest statistical outings that year. Isringhausen was out with a hip injury throughout the team’s efforts that fall and rookie Adam Wainwright had to take over his duties as the team’s closer.

Since that championship season in 2006, Isringhausen has spent time with the Tampa Bay Rays and the Cincinnati Reds.

This year, he found his way back full circle to his original MLB home, the New York Mets. The 2011 Mets have been desperate for some ‘good-news headlines’ and Isringhausen has been a bright spot in a season full of dark times for the ballclub. On August 15, 2011, he saved a 5-4 decision against the Padres, earning his 300th save and a place in MLB history along 22 other pitchers to notch 300 saves in their careers.

Two All-Star appearances, a World Series ring, big-city-rotation-star hype and a place in the MLB history books among the great closers in the game. His road has been a long one, collecting nearly 800 strike outs along the way. Unlike Pulsipher and Wilson who couldn’t live up to their share of the ‘Generation K’ hype, Isringhausen took his time and found a way to make an impact on the game after all. In his fifteenth year of major league service, it will be interesting to see if his career ends full circle in Flushing, NY, or if a new chapter is in the wings waiting to begin.

Darren Bragg turns 42 today. The MLB journeyman and Waterbury, Connecticut native played for nine different teams over his ten years as a major league player (Mariners, Red Sox, Cardinals, Rockies, Mets, Yankees, Braves, Padres, Reds). A .255 lifetime hitter, Bragg found himself coaching players in his post-MLB career. In 2007, he was the hitting coach for the Dayton Dragons, the A-ball affiliate of the Cincinnati Reds. Bragg currently runs a company called ‘The Hit Club’ where he dispenses his major league level knowledge of the art of hitting to high school baseball players.

Joe Rudi turns 65 today. A left fielder from Modesto, California, Rudi played fifteen years in the league, spending most of his time with the Kansas City/Oakland Athletics. Rudi helped lead the A’s to a championship three-peat from 1972-1974 and had a career best 181 hits in 1972.

Ryan Maloney is a staff writer for BaseballDigest.com, author of the popular Chicago Cubs blog titled ’Prose and Ivy, and a contributing writer to MLB.com.

View all posts by Ryan Maloney → 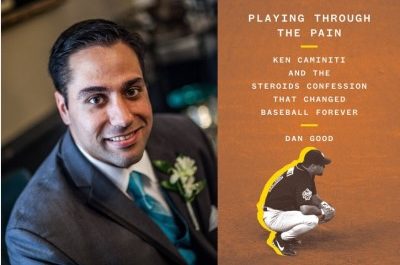