As the New York Mets enter what many experts (and fans), think is a critical offseason to regain respectability as a franchise, there seems to be a varying amount of theories of just how to get there.

Though the carefully crafted rhetoric being uttered by Mets GM Sandy Alderson seems to suggest that the previously penurious Wilpon ownership is willing to spend on elite players, there are experts like Howard Megdal who wonder how realistic that is:

The New York Post reported on Tuesday that Fred Wilpon and his partners are reaching out to banks now, attempting to re-finance the $250 million loan due against the team in June 2014 without having to pay any more of the principal due.

There’s some really useful information within that news, so let’s break it down.

For one thing, it allows us to account for that $160 million the Mets owners got last winter, borrowing from the last bit of equity they had in their ownership stake of S.N.Y. Annually, the Mets have been servicing their debt to the tune of roughly $90 million, between the loan against the team coming due, the loan against S.N.Y., now greater than $600 million, due in 2015, and the twice-annual debt balloon payments on Citi Field.

That the other $70 million went toward paying down that loan, from $320 million to $250 million, means the last of the money is almost certainly gone.

Megdal remains one of the few writers covering the Mets who has the willingness (and the ability), to continue monitoring the finances of the Mets, which seems critical to any discussion of the team making serious strides in acquiring players.

Alderson has also suggested that trading prospects for established veterans could be another method that would result in an improved roster. The injury and unknown status of staff ace Matt Harvey has certainly affected that as an option, so perhaps a big ticket player might be too costly from that aspect as well.

The suggestion here is this; rather than try to overpay a useful player like a Shin Chin Choo or take on a contract like Andre Ethier’s, snagging a player or two who might have some hidden value.

One of the best trades ever made in Mets history was just that. Following a 71-91 record and fourth-place finish in the NL East in 1996, the Toronto Blue Jays sent John Olerud to New York along with $5 million for pitcher Robert Person.

“We feel we have a player who’s a proven hitter, who can benefit from a change of scenery and can get a new life in the National League,” McIlvaine told reporters after the deal, “This is an important deal for us because we’ve been searching for an experienced bat in our lineup.”

Manager Bobby Valentine, who had taken over the Mets job during the summer of 1996, had been lobbying his GM for more offensive help. His analysis at the time of the deal was prophetic.

“He’s tried to change; he’s tried to change and drive the ball to right field and hit home runs,” Valentine said, referring to criticisms of then-Jays manager Cito Gaston’s tinkering with Olerud’s swing. “I don’t see that as a necessity when the guy can get a .400 on-base percentage and get the amount of extra-base hits he has in the past.”

Olerud responded with three of the best seasons of his career, and was one of the most valuable Mets who has ever won the uniform. The team also improved, winning 88 games in each of his first two seasons, and reaching the postseason in his last year, off a 97-win season. Mets fans are hoping that Alderson can make some similar moves this offseason and get the Mets moving in the right direction. 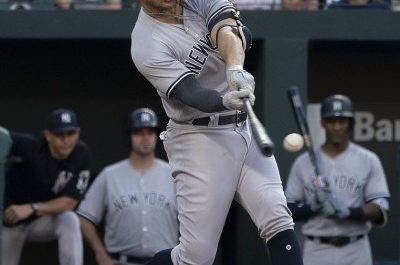