The 35th Annual Thurman Munson Awards, which remember the late, great Yankees captain, will be presented at the Grand Hyatt Hotel in New York City on Tuesday night, February 3, and the honorees announced are as follows:

The AHRC New York City Foundation, which assists children and adults with disabilities, benefits from the gala.

Diana Munson, Thurman’s widow, will attend her 35th consecutive benefit, having been involved since its inception. The Thurman Munson Awards Dinner has raised more than $13 million for programs that serve New York City children and adults who have intellectual and developmental disabilities.

For tickets and information on the Munson Awards Dinner call 212-249-6188 or email jennifer@emgbenefits.com. Tickets may be purchased on line here.

The Thurman Munson Awards are presented for success on the field of play and philanthropic works off the field.

Williams, patrolling centerfield,  was an integral member of the Yankees World Series Championship teams in 1996, ’98, ’99 and 2000, and a five-time  All-Star during his 16 year career in pinstripes. Betances became a rookie All-Star last season, confounding hitters with his prolific fastball. Wilson, a member of the Mets Hall of Famer, was a key player on the Mets 1986 World Series championship team; Davis and White, America’s darlings, captured Olympic gold with a dazzling ice-dancing performance for the ages at the 2014 games in Sochi; Weatherford was a member of the Giants Super Bowl championship team in 2012, and also made a post season appearance with the Jets. 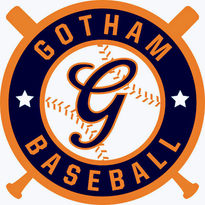