The Yankees’ rotation doesn’t have to lead or even be its best performing part of the 2018 season. The power offense and bullpen can handle that role. But, the rotation does have to be the glue of Aaron Boone’s club.

Luis Severino showed that he can be the ace of the staff, but he’ll enter 2018 with two questions. First, can he do it again? Second, he is coming off a season in which he threw a career-high 209 innings (including the postseason). His previous high was 161.2 innings during the 2015 season. While the innings jump isn’t the worst, Severino pitched deep into October, making his last start on October 20th. There will be an adjustment period, especially early in the season for the 24-year-old. The Yankees will most assuredly regulate his Spring Training and early part of the season.

Brian Cashman knows what he has in Masahiro Tanaka and CC Sabathia. Tanaka is capable of leading a rotation but does thrive on some extra rest now and then. And, while he has made 30 starts in each of the last two seasons, he has only pitched more than 180 innings just once in four seasons. Sabathia, having reinvented himself into more of a finesse pitcher, is a perfect back of the rotation starter. He’ll routinely give you five innings and every now and again get you through six.

With the fifth spot likely to be filled by Jordan Montgomery, Chad Green, or, perhaps, a free agent, the most important member of the rotation, especially early in the season, is Sonny Gray.

The 28-year-old right-hander was a surprise deadline acquisition from the Oakland A’s in exchange for prospects James Kaprielian, Jorge Mateo, and Dustin Fowler. On the whole, Gray pitched well during his 11 starts as a member of the Yankees, posting a 3.72 ERA (4.87 FIP) in 65.1 innings. He allowed 55 hits, 27 walks, and struck out 59 batters.

In other words, aside from missing the first month of the season, it was a typical Sonny Gray season. The Yankees acquired him for the playoff push, but they gave up two high end prospects for Gray to be a key member of the 2018 team.

They will need him to fill that role.

While his rotation mates all have high upside in terms of potential performance in 2018, they all have the possibility of less than expected production. Tanaka may need more rest. Severino could struggle early after pitching deep into October. Sabathia has to have pinpoint control to be successful.
Sonny Gray has to be the glue of the rotation.

Gray’s season definitely turned for the worse in September. It saw him post a 4.58 ERA (5.78 FIP) and give up 9 home runs and 14 walks in his final 35.1 innings. That finish essentially took him out of the postseason mix, limiting him to just one start in each of the Yankees’ postseason series. Twice, Gray was skipped for veteran CC Sabathia, even with Gray being on full rest.

That final month did give some cause for concern. The type of contact changed. The nine home runs allowed were a direct result of a spike in flyball rate, ballooning to 35 percent from 22 percent in June and July. August gave a hint to that spike when his flyball rate rose to 30 percent. Obviously, that has a direct correlation with his ground ball rate, as Gray posted a season low 46 percent rate in September.

Nothing, with the exception of his poor final month, showed that Gray was a different pitcher than we saw in 2015 when he finished third in the Cy Young Award voting. For 2017, he averaged 93 MPH with his fastball, a mark he hasn’t shown a great variance in any season. He elicited swings and misses at a 13.2 percent rate, better than his career rate of 10.5%. His contact against rate was 74 percent, four percent better than the league average.

With his ground ball rate holding steady for the overall season and the fact that his strikeout rate remained constant in September, there is every reason to believe that Gray’s poor finish was nothing more than fatigue, some poor luck, and a small sample size in a new home environment.

That poor finish does mask the fact that the Yankees acquired a high caliber pitcher who is, indeed, capable of leading a rotation. While it is true that Gray missed a lot of time in 2016 due to a forearm strain and began 2017 on the disabled list because of a strained lat, he returned without any negative repercussions for the remainder of 2017. And, while he is capable of leading the staff, he doesn’t have to assume that role. His role is more important; he has to be the reliable one.

All signs point to Sonny Gray filling that key role in the Yankees’ rotation. While the glow of his acquisition has long since faded in the shadow of Giancarlo Stanton’s addition, Sonny Gray is the single most important move that Brian Cashman made for the 2018 season.

Wade Relaxing Since Promotion to Trenton 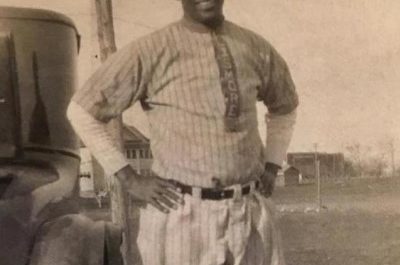