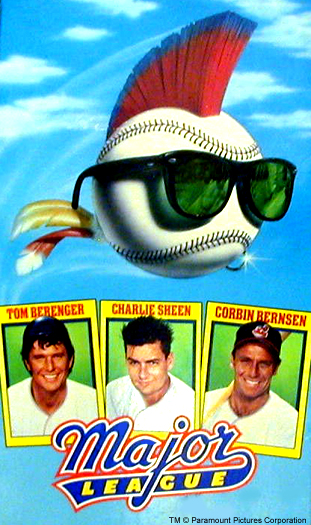 Corbin Bernsen, who played prima donna third baseman Roger Dorn in the now classic baseball film Major League, will be among the stars in attendance at The Silver Screen Sports Film Festival, a two-day celebration of the most iconic sports movies from the past five decades on Saturday, April 14 and Sunday, April 15 at Westchester’s Tarrytown Music Hall (13 Main Street, Tarrytown, NY 10591)​. In addition to Major League, the classics being screened – all consistently atop the all-time lists of both critics and fans alike – are Slap Shot​, Caddyshack​, Rocky​, and Rudy​, all followed by a special Question & Answer session with talent from each film.

Bernsen will be part of the screening of the 1989 movie which also starred Tom Berenger, Charlie Sheen and Renee Russo on Sunday, April 15, from 7-9 p.m. The Q&A will follow. Full Film Festival schedule is below.

The other participants in the Q & A exchanges with patrons who will discuss their memories of the timeless American film classics are: Slap Shot‘s The Hanson Brothers​, Michael O’Keefe ​(Danny Noonan) and Cindy Morgan ​(Lacey Underall) from Caddyshack, Burt Young (Rocky’s Paulie) and Rudy Ruettiger, the Notre Dame player on which Rudy’s central character is based,. Tickets are priced starting at $30, and limited VIP session tickets with the artists which consist of photo-opportunities, autographs and light food and drinks are also available.

Silver Screen Sports Film Festival​ is fundraising for the Food Bank for Westchester to reach a goal of $15,000. Upon checkout online of ticket-sales there is an option to make a donation large or small, starting at $5. Raffles and other ways to donate over the course of the April 14-15 weekend extravaganza are also on the site.

For tickets and information fans may email silverscreensports@jobumediagroup.com or call 833-844-5628. To purchase tickets they may also visit www.tarrytownmusichall.org or call TicketForce at 877-840-0457.