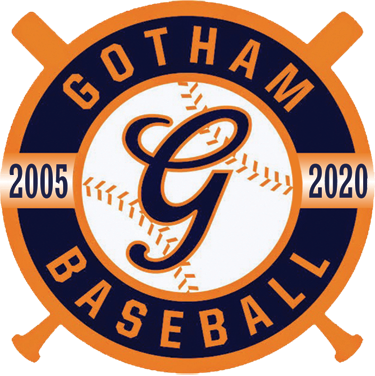 In April 2005, I launched Gotham Baseball. The first platform we unveiled was gothambaseball.com, the first site of its kind, offering comprehensive coverage of New York’s game; baseball.

The site was unveiled as the 2005 MLB season opened, setting the stage for the magazine, while also becoming a portal for all of Gotham’s baseball fans.

Our first-ever issue, “The Next Kings of Baseball” featured the New York Mets and New York Yankees Top Prospects at the time; Yusmeiro Petit (Mets) and Eric Duncan (Yankees).

Petit is still pitching, and after being dealt by the Mets to Florida in the Carlos Delgado trade, he has become a valuable relief pitcher. Working these days for Oakland, Petit has gotten better with age, and his 2019 season was the best of his career. At 32, he went 5-3 with a 2.71 ERA over 83 innings, sporting a 0.807 WHIP. What he lacks in velocity, he makes up for it with location. Great to see him still thriving.

Duncan, selected by the Yankees in the first round (27th overall) of the 2003 Major League Baseball Draft, had a real shot at becoming a major leaguer, but a bad back and other struggles got in his way. I wrote that profile, and remember him being a respectful and earnest young man. That attitude and work ethic served him well when he retired, and If the 2020 season ever starts, he’ll be in MLB, albeit as the hitting coach for Miami Marlins.

We also had the great John Sickels, a prospect guru, writing for us back then. His breakdown of the Yankees’ 2005 draft included profiles on Brett Gardner (taken in the third round), Doug Fister (6th round) and Austin Jackson (8th Round).

Greg Prince, best-selling author and Mets historian penned a piece on how the “New Mets” as labeled by then-new Met Carlos Beltran compared to the 1980 version of the team.

Bryan Hoch, who now covers the Yankees for MLB.com, wrote a preview on the plans for a new Yankee Stadium. Ironically, both he and I covered the 2009 World Series, him for MLB, me for Baseball Digest, in the new Stadium’s first season.

My “Going Nine” column was the back page column of Gotham Baseball, and in our first issue, I wrote about Steve Phillips in a diatribe entitled “The Name of This Ex-Gm Is Talking Head.” I’ve since made up with Steve, when I hosted my “Going Nine” show on SiriusXM, he graciously appeared as a guest a few times, and I returned the favor on the show he used to do with Cliff Floyd. But like I said in 2005, he’s never been hired again as a GM, and probably never will.

Gotham Baseball is still around, in print, here at The Wave, on the web at gothambaseball.com. On April 6, Gotham Baseball: New York’s All-Time Team, published by The History Press, will be officially released. In short, I pick an All-Star team made up of some of the greatest players to ever grace the ballparks of our city, picked from a pool of the rosters of the Brooklyn Dodgers, New York baseball Giants, Mets, and Yankees.

It took about three years to write it, but it’s truly 15 years in the making.

If you’d like to purchase a signed copy from the author, email him at heals9@gmail.com. Otherwise, the book is available in print and for Kindle at amazon.com – https://amzn.to/2J71Ls7