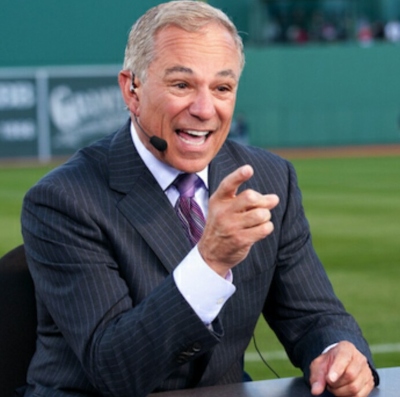 Torre, a former baseball player and manager who is now a MLB executive, will join Valentine, SHU’s executive director of athletics, to revisit the iconic 2000 World Series matchup between the New York Yankees and New York Mets, teams managed by Torre and Valentine, respectively. They also will discuss baseball’s past, present and future with moderator Harold Reynolds, sports analyst and former MLB second baseman. All proceeds from the event will benefit the scholarship.

Founded in 1973, JRF has advanced higher education by providing four-year scholarship grants, coupled with a comprehensive set of support services, to highly motivated scholars attending college throughout the country. JRF has continued Robinson’s commitment to equal opportunity for the past 47 years by addressing the achievement gap in higher education.

“We have two great organizations collaborating—Sacred Heart University and the Jackie Robinson Foundation,” said Valentine. “Both organizations are dedicated to helping young people succeed. This is a great partnership in a time when we want to bring people together.”

Robinson is renowned as the first African-American to play in the major league. He went on to break barriers not only in sports, but in media and business and his impact on society helped set the stage for the civil rights movement. For these reasons, and for his lifetime of leadership both on and off the field, SHU bestowed Robinson with an honorary degree in 1972. He was, in every sense, a Pioneer.

Valentine said Robinson was not only a role model, but also an inspiration. In overcoming the many obstacles that stood in his way, he set a great example for many to follow in his footsteps, Valentine said.

JRF follows a selective application process to identify students across the country to receive four-year scholarships in Robinson’s name. The SHU student who receives the scholarship also will participate in JRF programs that promote the values and character traits Robinson embodied.

“We are very excited about this collaboration and scholarship,” said SHU President John J. Petillo. “Sacred Heart’s mission, the JRF’s mission and the late, great Jackie Robinson’s mission all align, as we all want to promote the common good of society. I look forward to meeting our scholarship recipient and to our continued work with the JRF.”

JRF President Della Britton added, “This event brings together true friends of the Jackie Robinson Foundation – Joe Torre, a longtime, generous patron of JRF, and Bobby Valentine, whose father-in-law was a treasured friend of Jackie Robinson and a JRF supporter. And now Bobby Valentine has picked up the mantle. We are thrilled and grateful for the naming of a Jackie Robinson Scholar at SHU.”

All proceeds donated through “SHUand42” will benefit the scholarship and help continue Robinson’s mission to create a more fair and just society. Valentine said while he and Torre will discuss the 20th anniversary of their iconic Subway Series, they also will talk about the 1947 Subway Series. Robinson played on the New York Dodgers when they faced off with the Yankees that year. The duo will reflect on Robinson’s career and on the social unrest currently facing the nation. Valentine teased that viewers can expect to hear from surprise guests, too.

“It should be a great conversation; a fun and informative night,” Valentine said.

What Do We Want to See in Spring Training?