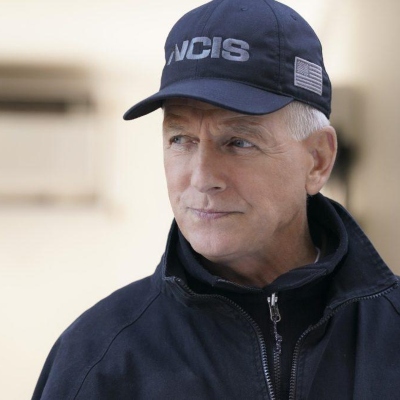 So, now that the New York Mets seem to be close to hiring a General Manager, there’s other news coming out of the MLB GM Meetings.

Sandy Alderson was expected to move to become Mets president on the business side only but he admitted his baseball involvement will depend on the level of experience of the new GM. If they hire Adam Cromie, who’s been out of MLB since 2017, expect Alderson to be very involved.

Heyman is one of the most respected national sportwriters in the game, and has great sources throughout baseball. However, Heyman is also one of those people in baseball who have a great fondness for former Mets owner Fred Wilpon.

Fred Wilpon is often a gracious man. He’s also quite competitive. He badly wanted to win, and we’ll never know how much Madoff affected his chances to accomplish that with the Mets @DavidWaldstein https://t.co/RteHkaFCfn

As I have written before, there is a large group of people in MLB who admire and respect Fred Wilpon, and many of those people were not pleased when Steve Cohen reneged on his original attempt to purchase the Mets; a deal that would have “allowed Fred Wilpon, the managing owner of the Mets, and his son Jeff, the team’s chief operating officer, to remain in their roles for five years after the completion of the sale.”

When the COVID-19 pandemic hit New York City a month later, it soon became clear that the Wilpons could no longer survive the crippling losses impacted by the truncated 60-game season, especially with no fans at Citi Field. Whatever leverage the Wilpons had in retaining control over the franchise despite selling its majority share, had evaporated.

Baseball insiders I spoke with said there were more than a few owners who did not care for the manner in which Cohen pressed his advantage in renewing negotiations to purchase the club, and several seemed to think that MLB preferred an ownership group led by Jennifer Lopez and Alex Rodriguez.

On Heyman’s “Big Time Baseball” podcast, MLB Commissioner Rob Manfred has this to say following the eventual sale to Cohen:

“Fred Wilpon has been a great owner of the Mets for a substantial period of time. He’s really well respected among the other owners. Whatever the outcome, the result, nobody wanted to win more than Fred Wilpon. He desperately wanted to deliver a winner on a consistent basis to Mets fans. Not always possible. Sometimes you win, sometimes you lose.”

On Nov. 11, The Athletic reported that despite any GM hire this year, the Mets still have their eyes on Milwaukee Brewers President David Stearns.

While the Mets are moving closer to naming their next general manager, New York has bigger plans for its head of baseball operations. Sources say the Mets’ primary target remains Milwaukee president of baseball operations David Stearns, even if they have to wait another season to land him.

It seems the Athletic story focused its piece on what Mets team president Sandy Alderson told reporters at the GM Meetings on Tuesday, “There’d be at least a year runway for (a GM hire) to demonstrate their ability and their potential,” Alderson said Tuesday. “I’ve said this to others in the past: That’s the opportunity. That’s all you can ask for. Demonstrated ability tends to get rewarded.”

Now I interpreted this as Alderson saying that, yes, the Mets would be interested in hiring a President of Baseball operations for 2023, but was talking about the eventual GM hire, whoever it would be, being elevated if they performed at a high level.

Maybe it’s a coincidence that stories about Alderson being more involved in baseball operations and the Mets (Steve Cohen) having wandering eyes for another big fish right before the Mets hire a new GM after a frustrating search, but as Leroy Jethro Gibbs has told us more than once, there is no such thing as a coincidence.

I’m hoping we will have a new Mets GM to commiserate about at Saturday’s Queens Baseball Convention at Mulcahy’s in Wantagh, NY on Saturday, Nov. 13 during the State of the Mets panel, but I can promise you this; we will discuss the collective heel turn by media and fans on Cohen and Alderson after just one season, albeit a very disappointing one.

Mark C. Healey is the founder and executive editor of Gotham Baseball, and the author of Gotham Baseball: New York’s All-Time Team, which was just honored by Book Authority as one of the 100 Best Baseball Teams Books of All Time. Mark will be selling autographed copies of this book at the QBC, but if you can make it, autographed copies are available at GothamBaseball.com 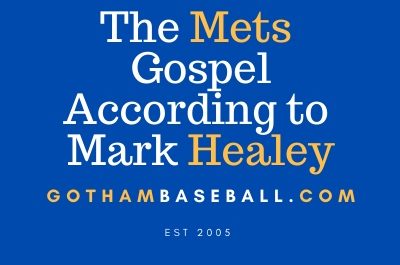