If there was any doubt as to whether the Mets needed another starting pitcher before Saturday night’s game in San Francisco, Hisanori Takahashi made sure those doubters never made another peep. Takahashi surrendered six runs over 2 2/3 innings, and is now 1-3 with a 10.90 ERA over his last 4 starts. With Cliff Lee having been dealt to the Texas Rangers last week, Mets GM Omar Minaya’s job will be on the line to acquire a serviceable starting pitcher for the team’s stretch run this August. That said, there’s a few nice and not so nice options out there for Minaya to consider.

Met fans remember this guy. Myers beat the Mets in 9 of his 73 career victories in a Phillies uniform. And the Met fans that were calling for Omar to acquire Cliff Lee had to recognize what a slap in the face that would have been to their friends in the city of brotherly love. In my eyes, Brett Myers is the next best thing to Lee. Myers is pitching on a one-year $5 million contract with just $1.37MM left on said contract. He has a $2MM buyout of his $8 million mutual option for 2011. He has pitched very well for a 5th place team in Houston this year, and could provide a great boost to an ailing Mets rotation in the dog days of August if the price is right.

Myers’ teammate, Roy Oswalt is the much sexier name on the trade market right now. However, a favorite of Owner Drayton McClaine, Oswalt is on the verge of becoming the organization’s all-time wins leader needing just two to pass Joe Niekro. The three-time all-star would undoubtedly come at a cost in prospects in addition to the $25 million he is owed on his current contract. Oswalt is an injury risk. If his elbow or back start acting up again, dealing for Roy Oswalt has the potential to blow up in the face of Omar Minaya. Oswalt had a comebacker hit hard off of his left ankle in his last start, and was removed from the game. The Astros are optimistic he’ll be able to make his next start.

Lilly is coming off of his best outing of the season Friday when he got a no-decision against the Phillies. The lefthander went 7 strong innings striking out 10 and allowing 3 ER on homeruns by Shane Victorino and Ryan Howard. Lilly is in the final year of a four year contract and is making $12 million this season. The Cubs would receive two compensation picks in a deal for Lilly so they’re likely to listen to offers. A useful arm for sure, but at what cost?

Don’t look now! But in his last rehab start, Oliver Perez pitched 6.2 innings striking out 7 Gwinnett Braves walking only 2 (0 over his first 5 innings!). Omar Minaya’s $36 million man will undoubtedly get another shot at the rotation at some point, but manager Jerry Manuel has made it very clear that he will use Ollie as a lefty specialist out of the bullpen if Perez won’t accept a minor league assingment. It remains to be seen if Perez would accept a minor league assignment, as his current rehab assignment from right-knee tendonitis comes to an end. When asked if he would reconsider his stance Perez said “I don’t know. I have to speak with my agent.” “Right now, the most important thing is my knee is feeling good.” Uh Oh….

Westbrook continues to slowly return to form after missing most of 2008 and all of 2009 following reconstructive elbow surgery. If anything, the veteran right-hander can give a contending team innings down the stretch. Westbrook is working on the final year of a three-year deal he signed in 2007 for $33 million. Not an exciting option, but a serviceable major league arm nonetheless.

Carmona has been the Indians best pitcher in 2010. The 26 year-old sinkerballer has resurrected his career, and is back on track to be a good #2 starter for years to come. He’s got a very moveable contract that he signed in 2008, a four-year $15 million contract that lasts through 2011 with three individual club options through 2014. If the deal maxes out, Carmona will make $43 million, with the potential to make another $5 million in escalators. A valuable pitcher who would be very effective his first time through the National League, Carmona would be a great catch for the Mets. Cleveland GM Mark Shapiro would be likely to ask for a bounty of prospects as the tribe will probably be looking to rebuild.

The Mets have been playing some of their worst baseball of the season surrounding the All Star Break winning just 3 of their last 10 games thanks to some paltry offense. The good news is that Carlos Beltran has 4 hits in his first 12 at bats since returning from the disabled list including a double and a triple, and the Mets will be getting their starting shortstop and leadoff man Jose Reyes back when they open up a three-game set in Arizona tonight. Ike Davis has also come to life recently with 2 homers on Saturday and 2 RBI doubles on Sunday after hitting just .182 over his previous 15 games. The bats will likely come to life this week as Arizona has a team ERA of 5.40, good for worst in the major leagues. What Met fans really want is another arm for the rotation, and Omar better deliver before it’s too late.

Who do you think the Mets should target now that Lee is off the market? 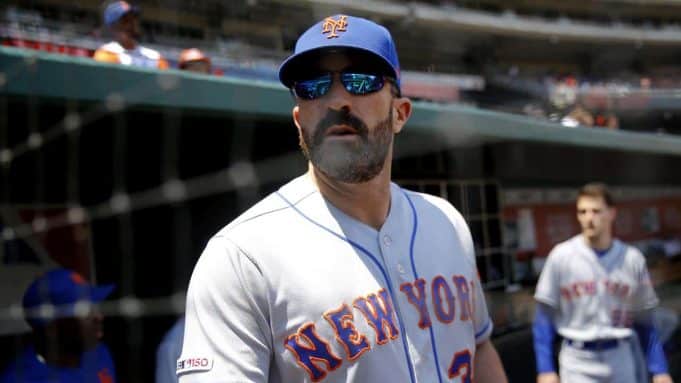