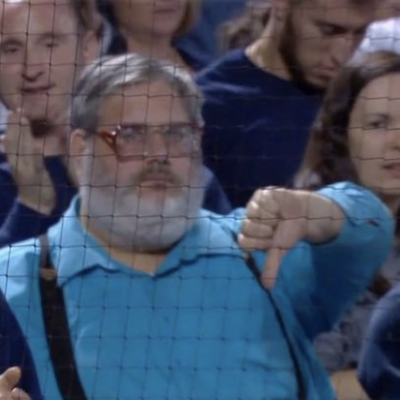 Things have gone from unfortunate to ugly to ludicrous in Queens, and it’s sad. Was this really necessary?

I’ve been thinking of using the “We’re Better Than This” headline for some time now. It started when the Mets came out of the All-Star break and looked almost nothing like the first place team we enjoyed in May and June. I held off, though. Then, I thought about it again last week, after watching the Mets look so bad against the best in the NL West. Again, I held off. Then earlier this week, after hearing the “Fire Rojas” chants, I thought about it again, albeit from a different angle. Two straight wins against the Nationals this weekend and suddenly I thought this headline would be out of date. Turns out, it’s all too apt.

While watching the game on Sunday, my 6 year-old daughter was excited when the Mets went ahead 9-4, only to follow up with an understandable question of “why is the Mets guy giving the thumbs down”? I told her I didn’t know, and then thought little of it. That is, until the postgame presser in which Javy Baez, who has been a Mets player for a month, and due to injury, has only played in 60% of the games since joining the team, brazenly told reporters that the gesture was in response to being booed by fans. “We can’t have our fans against us,” said Baez. I doubt this approach will do much to help that.

This is certainly not the first time that players have reacted to fans booing them. Richie Allen wrote “BOO!” in response to his hometown Phillies fans giving him a tough time; Albert Belle threw a baseball into the chest of a Cleveland fan who was giving him a tough time; Jack McDowell gave Yankees fans the finger on his way back to the dugout after a disappointing start, and these are only examples. Even Mr. Met, the mascot with a smiling baseball head, took a page from McDowell’s playbook when responding to a heckling fan. Just a couple months into his first tenure with the Mets, Bobby Bonilla wore ear plugs while playing the outfield at Shea Stadium, trying to block out the boos. That didn’t go over well.

On the flip side, fans can certainly cross the line sometimes. While Belle was certainly wrong for throwing a ball at a fan, he was responding to a heckler who invited the recovering alcoholic to a keg party. In 1999, Phillies fans threw batteries at Cardinals outfielder J.D. Drew because he had shunned the team 2 years earlier when he was drafted but didn’t sign.

Earlier this year, when the Mets were playing above their heads, finding ways to win, and putting something special on the field, the fans supported this team so loudly that the players made a point to acknowledge and appreciate them in post-game interviews. That seems like a long time ago, doesn’t it? After a remarkably successful May, the team went .500 in June which caused some raised eyebrows and collar stretching. After going one game above .500 in July, there was certainly some concern, and still optimism abounded. August, however, has been a different story. Two early losing streaks changed the concerns to fears, and a 2-11 performance against the San Francisco Giants and Los Angeles Dodgers turned that fear into anger. Quickly. At first, that anger was directed at Mets manager, Luis Rojas. Then, after repeated 1-run losses in which Mets bats were absent, that anger filtered down to the players.

As I’ve mentioned previously, I’ve never been into the whole booing the players thing. Sure, if a player appears to not be giving it his all, I might air my frustrations. Or if a future Hall of Fame pitcher had a terrible performance on the final game of the season causing the Mets to miss the postseason and then told reporters that there were more important matters in this world for fans to think about, I might let him have it. Hypothetically speaking, of course. Otherwise, I don’t really boo Mets players. I’ve never really though of it as a way of getting a struggling player going, and I’m sure Mets players want the Mets to win at least as badly as Mets fans do. Still, I get it. Many fans get passionate about the team, they invest a lot of themselves in the team, and emotions are going to come with it. And fans certainly have the right to express their frustrations and disappointment, misguided as I think those might be.

New Yorkers are not known for their patience. Walk through the city and it won’t take long before you hear horns honking, and upon further inspection it’s entirely likely that the horns are aimed at a fire truck trying to get to an emergency. Waiting is just not generally a characteristic of the average New Yorker. Even cultured New Yorkers would get on Schubert’s case for not finishing his symphony. “Come on, Franz, get it over with already.”

As if that’s not enough, being a Mets fan is a tricky thing. This is a franchise that has two World Championships in its 60-year existence. The first one was a miraculous event that captured the feeling of the underdog coming up victorious. The second was miraculous in that they were the best team in baseball and then almost blew it before taking advantage of another underdog’s mistakes. Sprinkled within those 60 years are moments, games, at-bats, that fans retell with a level of appreciation that an outsider might think it earned the team a trophy. In this regard, the Mets apple didn’t fall far from the Brooklyn Dodgers’ tree. Also sprinkled within those 60 years are enough episodes of embarrassment, on and off the field, that the mocking term “LOL Mets” evolved organically with the use of the hashtag. At the same time, whether they want to acknowledge it or not, the Mets play in the shadow of baseball’s bullies, the New York Yankees. The Yankees are usually everything the Mets are not. If the Mets are the perennial underdogs, even when they’re in first place, the Yankees always seem like the favorites wherever they go. As the quote goes, “Rooting for the Yankees is like rooting for the house in blackjack.”  In other words, Mets fans always seem to have a chip on their shoulder and are truly desperate for a winning team.

When Steve Cohen took over ownership of the Mets, he said that he expected to bring a championship to Queens sometime in the next 3-5 years. Mets fans smirked, thinking that he actually meant “in 2021”. Truthfully, many Mets fans had been waiting so long for the Wilpons to sell the team, that when they sold it to the wealthiest owner in baseball, it didn’t take long for anticipation to turn into entitlement. Then the Mets put together what appeared to be their best roster in years, and those feeling were heightened. So, when first place quickly turned into third place, and with postseason plans starting to look more like offseason plans, fans are just plain angry.

While I have my own thoughts on Luis Rojas and whether or not he should be the Mets manager of the future (an exploration for future writings), I was embarrassed by the “Fire Rojas” chants. Angry fans are usually louder than knowledgable ones, and that seemed to be the case here. Truthfully, I don’t see the point, and now I felt just as disappointed with what was going on in the stands as I was with the team’s play. Still, Rojas pushed on, seemingly staying focused on the games on the field and not the noise off the field, even if the results didn’t change.

This weekend’s games were a different story, though. I’m sure it’s hard for players to struggle and then have to deal with angry unsupportive fans. The pressure in baseball is deceptive. It’s a slow game with lots of downtime. But when it gets loud, it gets very loud, especially in New York. So yeah, I can understand a player’s frustration when the fans get on his case. At the same time, it comes with the territory. These same fans that are booing players intensely one day will be their biggest supporters when they succeed. It’s almost never personal. Fans aren’t booing the players, they’re booing the results. The Mets players’ “thumbs down” reaction to the fans’ frustrations are alarmingly tone-deaf. Most troubling is that they were led by a player who has barely been with the team, a player who has only played 9 home games as a member of the Mets.

In 2005, the Mets signed Carlos Beltran, instantly injecting the fanbase with a new level of excitement. Mike Piazza’s best days were obviously behind him and he was about to start the final year of his Mets contract, so the team needed a new offensive star. Beltran was going to be that star. Then, as often happens, he got off to a rough start. In fact, his entire 2005 season was a disappointment. When he started 2006 by going hitless in his first 9 at-bats, Mets fans expressed their displeasure. Beltran homered in his 10th at-bat and fans quickly cheered, pulling for him to take a curtain call. Beltran was reluctant at first, angry at the reception he had received from Mets fans up through that moment. But manager Willie Randolph and veteran Julio Franco (the guy was born a veteran) coaxed him into it. It was a Mets career-changing moment for Beltran, and Franco knew it. The next night, despite the fact that he was batting .100 on the season, Beltran received a standing ovation when he stepped to the plate in the first inning.

Baez should have known that as loud as these fans boo when you fail, they will cheer louder when you succeed. The other two culprits, Francisco Lindor and Kevin Pillar, are also relatively new to the Mets, as they’re both in their first year here. Still, the other veterans on the team should have done what Julio Franco did for Beltran. And if they weren’t going to do it, Rojas should have. The whole “thumbs down” thing, in and of itself, doesn’t bother me that much on the surface. Just as fans have the right to boo, players have the right to be bothered by it. However, instead of talking about how the Mets suddenly showed some life this weekend, how maybe, possibly (albeit unlikely), they might actually have a chance to salvage things this year, we’re talking about this rift. That the players didn’t realize, or chose to ignore, the way the fans and the media would react to this, is sad and unfortunate. Instead of feeling happy about a suddenly rare two-game winning streak, we were treated to a press release from an angry team president condemning the players’ actions, and an owner openly pining for those days when the Mets were winning. And somewhere, there are the Wilpons, presumably laughing while feeling some level of vindication that comes with a “See? It wasn’t us after all” kind of a vibe.

And to think, instead of all this noise, this could all be solved with some winning.

At the beginning of the year, there was a fight between Lindor and Jeff McNeil. The way that was handled was supposed to be a mark on this Mets team all year long. Then they started winning and it became a mere footnote. How fortunate they would be to have that happen again. The fans are better than they’ve been behaving. The team is better than they’ve been playing. Everyone’s got a month left to show it. 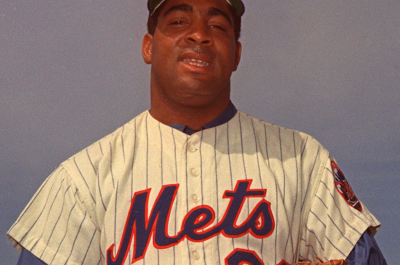