The Staten Island Yankees dropped their second consecutive game to the visiting Tri-City Valley Cats in extra innings in front of a crowd of 5,125 at the Richmond County Bank Ballpark.

The Yankees were the first to score when they plated a single run in the bottom half of the first inning.  With two outs Francisco Arcia, Kyle Roller and Kelvin De Leon hit back-to-back-to-back singles to score the very first run of the game.

In the bottom of the second Staten Island added another run.  Mike Ferraro doubled on a line drive to left and went to third when the left fielder committed a fielding error.  After a fly out Eduardo Sosa doubled to right to bring home Ferraro and give the Yankees a 2-0 lead.

In the top of the third the ValleyCats plated two runs off of starter Zachary Varce.  Varce went five and two-thirds innings allowing just those two runs on six hits and no walks.  He struck out three batters in the game and lowered his ERA to 4.26 on the season.  The game was Varce’s longest outing of the season so far.

Chase Whitley came into the game in the tenth inning.  He pitched two innings allowing a run on four hits while striking out two batters.

The Yankees tried to come back in the bottom of the eleventh Kelvin De Leon and Kevin Mahoney hit back-to-back singles with one-out.  But a fly out to left and a strike out ended the game.  With the loss the Yankees now have just a half a game lead over the Brooklyn Cyclones for first place in the McNamara Division.

Staten Island right fielder Kelvin De Leon was 3 for 5 in the game while first baseman Kyle Roller and centerfielder was Eduardo Sosa had two hits apiece. 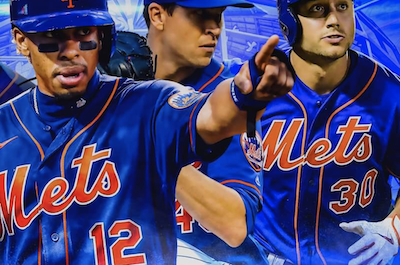