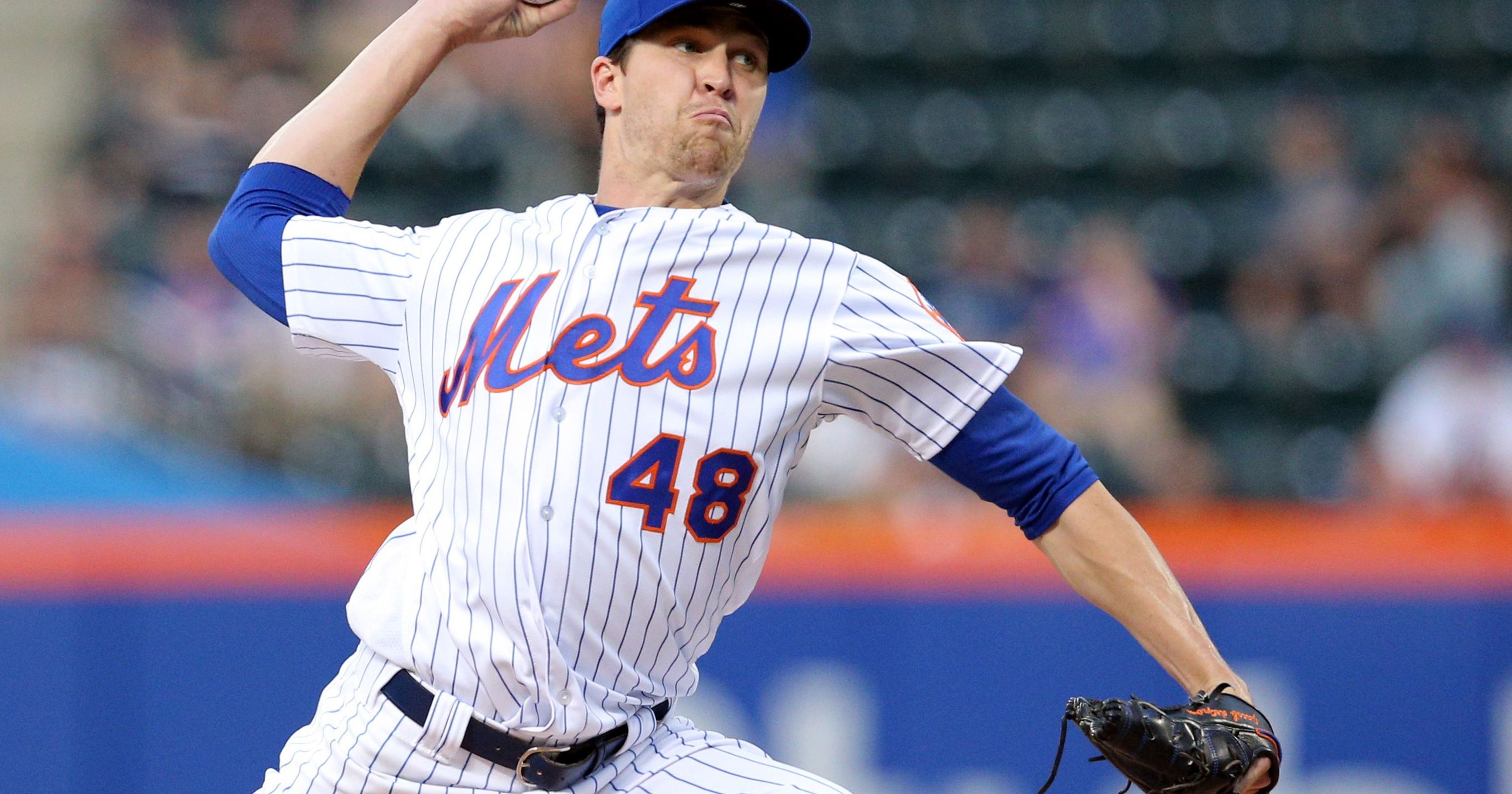 When the season began I had a range of hopes for what I’d be writing today, the first of the All-Star break.

Never did I expect to write what I am about to write.

I remember the moment well…I was checking out Mets-related articles online when I noticed a clickbait-ish headline “Five Reasons Why The Mets Should Trade deGrom”. My first inclination was to marvel at the fact that anybody can share a baseball-related opinion online these days. Don’t worry, the irony was not lost on me.

I was shocked that trading deGrom could even be a consideration. While Asdrubal Cabrera has had some good moments, and Brandon Nimmo had an inspiring couple of weeks, and Wilmer Flores has provided his highlight-generating walkoff excitement, Jacob deGrom has been the only consistently good player the Mets have had all season. And really, he’s been much better than that. Quickly my thought process began going through the 5 stages of grief.

First stop, denial. There’s no way they deal him. Just no way. The fans who have not abandoned them yet would be sure to do so if they traded deGrom. And that would just be the beginning of what we’d see – fire and brimstone coming down from the skies, rivers and seas boiling, forty years of darkness, earthquakes, volcanoes, the dead rising from the grave, human sacrifice, dogs and cats living together…mass hysteria. Flushing can get pretty ugly if pushed to that point.

Obviously, anger came next. If they trade deGrom, I’m getting rid of my season tickets! (Let’s ignore the fact that I have never purchased season tickets.) I’m also going to get rid of all my Mets-related t-shirts, hats, and bobbleheads (let’s ignore the fact that the only ones I own are Tom Glavine, Roberto Alomar, and Mo Vaughn). In fact, if they trade deGrom I’m going to start rooting for the Yan-yeah, no, that’s not going to happen. Still, I was pretty upset. And then I thought, if they are going to trade him, what could they reasonably expect to get?

And that brings us to where we are today. Bargaining. Since first seeing that article a couple months ago, the interwebs have been bombarded with articles trying to explain why the Mets “need” to trade deGrom right now. Some of the arguments are logical: At 30 years old, he’s having his best season and is probably at his highest value; He is still under contract for a couple more seasons, which helps his value; the Mets seem like they’re more than a player or two away from contending soon, so they might as well build for the future. And you know what? I get it. These are completely valid points.

But you know what I haven’t read in most of these articles? I have not seen an answer to the question of what they could really get in return. So if deGrom’s value is so high, what can they realistically expect to get back for him? Or, more importantly, the Mets don’t have to trade him, so if they’re not going to get back another team’s top minor league prospect(s), and/or top young player(s), then they shouldn’t make a deal. Most importantly, how can there be discussion of a trade when only one player is identified?

It appears that the Mets front office is of a similar mindset. They made an announcement, of sorts, a couple weeks ago, that deGrom (and Noah Syndergaard) were no longer available. And while this wasn’t necessarily 100% true, the understood point seemed to be that it would take an overwhelming offer to pry deGrom from the Mets rotation.

In the end, before the Mets accept an offer, and before I reach the subsequent stages of depression and eventual acceptance, that’s really what it’s going to come down to. I don’t want the Mets to trade Jacob deGrom. I want deGrom to be part of the solution, not the sacrifice to try to get the Mets to the solution. The last time I felt this way about a Mets pitcher was during the 2012 offseason, when the Mets ended up trading away Cy Young Award winner, R.A. Dickey. I wasn’t excited about losing him to the Blue Jays, and still, that deal made sense. So, if the team does decide to go down that road with deGrom, it shouldn’t be because now is a smart time to trade him, it would have to be because they are getting the pieces in return to set the Mets up for success.

This may be obvious, and may not make for successful clickbait, but it’s really where the conversation should begin and end. And I do look forward to when this conversation ends.

Lastly, following the Mets loss on Sunday, their last loss before the All-Star Game and their 55th of the season, manager Mickey Callaway told reporters, “We have to come out and play the game in a better way, fundamentally, situationally.” What this comment lacks in insight, it makes up for in accuracy.  Hopefully the Mets can heed their manager’s words in the second-half of the season, and someday soon we can resume the conversation of whom the Mets can be adding instead of trading away.