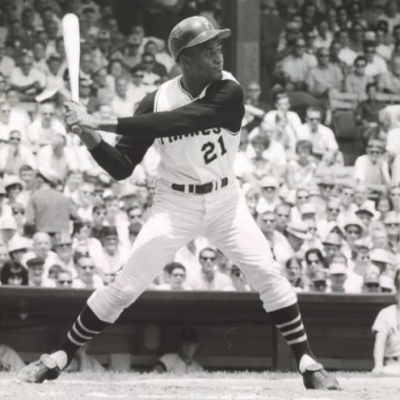 The 30 Club nominees for the 2018 Roberto Clemente Award, the most prominent individual award for Major League players, were announced today by Major League Baseball. The Roberto Clemente Award is the annual recognition of a player who best represents the game of Baseball through extraordinary character, community involvement, philanthropy and positive contributions, both on and off the field.

A pair of southpaws will represent New York as the Yankees’ CC Sabathia and Mets’ Steven Matz were named as their respective teams’ nominees.

The list of Club nominees features players, with a collective 62 MLB All-Star appearances, whose various community activities have focused on important issues ranging from awareness & fundraising  for the fight against childhood cancer and other illnesses, education for young people, Hurricane Maria relief, outreach to underserved children & communities in the United States and abroad, and more.

The 30 Club nominees of the 2018 Roberto Clemente Award are listed below:

† Note: Cole Hamels remains the Rangers’ nominee despite being acquired by the Cubs via trade.

More information can be found at MLB.com/clemente21.

Clubs playing at home on Wednesday, September 5th will recognize their local nominees as part of Roberto Clemente Day ceremonies. Visiting Clubs will honor their nominees on a subsequent home stand.  As part of the league-wide celebration, the Roberto Clemente Day logo will appear on the bases and official dugout lineup cards and a special tribute video will be played in ballparks.

The league-wide winner of the Roberto Clemente Award, who will be announced during the 2018 World Series, will be selected among the group of nominees via a blue ribbon panel that includes individuals connected to the game.  The blue ribbon panel includes Baseball Commissioner Robert D. Manfred, Jr., representatives from MLB-affiliated networks (MLB Network, FOX Sports, ESPN and TBS) and MLB.com, as well as Vera Clemente (the late Roberto’s wife & MLB Goodwill Ambassador).Beginning on Roberto Clemente Day, fans can vote for the overall winner of the Roberto Clemente Award via a dedicated website. The site will feature bios of each of the nominees and will allow fans to vote from Roberto Clemente Day on Wednesday, September 5th, until Tuesday, September 18th. The winner of the fan vote will count as one vote among those cast by the blue ribbon panel.  Fans are encouraged to vote by visiting the following link: mlb.com/clemente21.

“I am very proud of the great philanthropic efforts of our players,” said Commissioner Manfred. “Through wide-ranging work and actions, these 30 nominees honor Roberto Clemente’s legacy of being exemplary community ambassadors. Roberto’s unwavering humanitarian spirit continues to inspire our players and fans and serves as a positive example for future generations.”

The concept of honoring Major League players for their philanthropic work was created in 1971 as the “Commissioner’s Award.” The recognition was renamed to the “Roberto Clemente Award” in 1973 in honor of the Hall of Famer and 15-time All-Star who died in a plane crash on New Year’s Eve 1972 while attempting to deliver supplies to earthquake victims in Nicaragua.