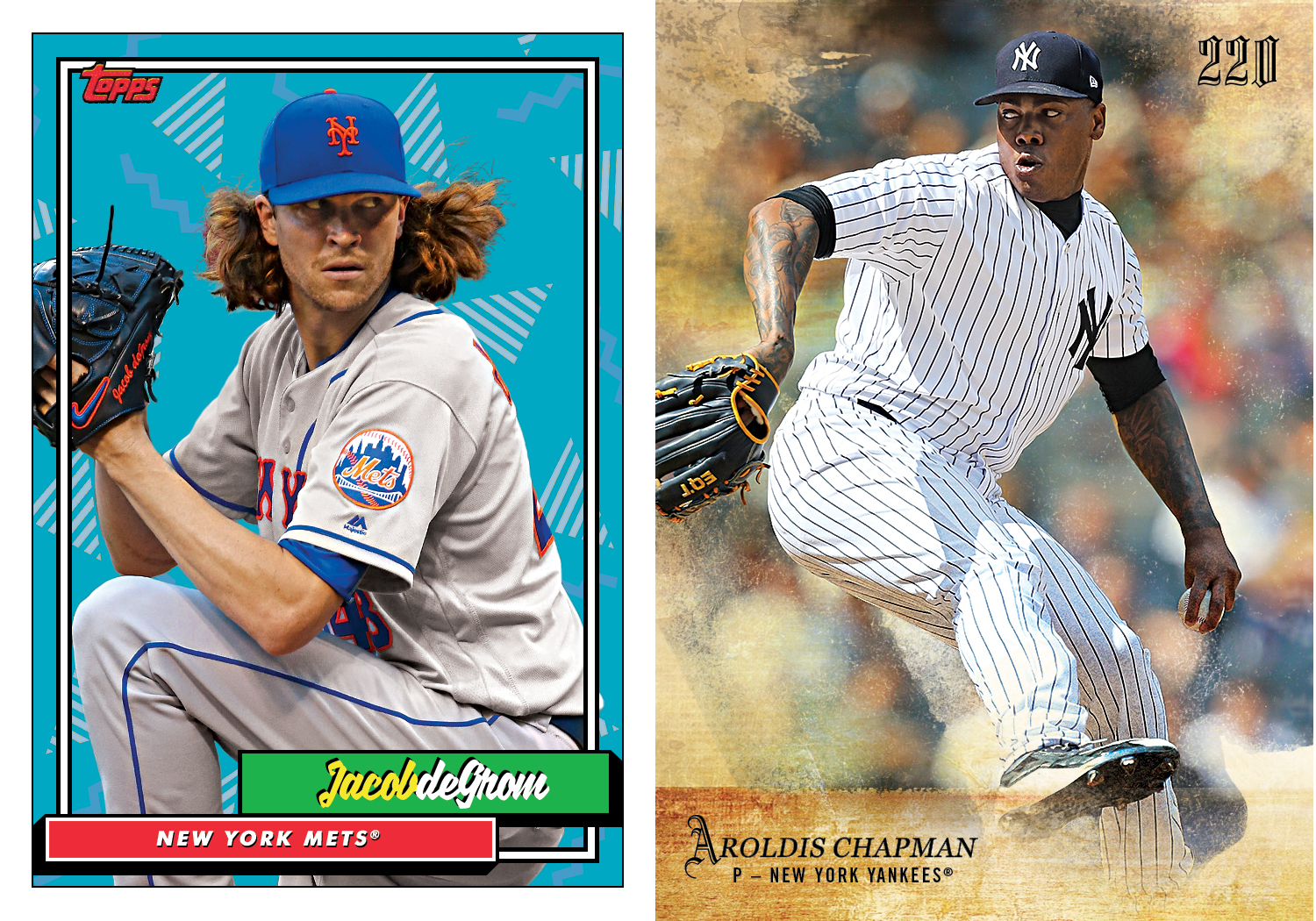 The Nats’ Bryce Harper hits free agency this winter at the ripe old age of 26 by season’s end, and though he has in many ways had a below-grade year by his own incredibly high standards (.247/.384/.502 with 32 home runs is nothing to sneeze at), he may still command the largest contract of any available player this side of Manny Machado.

Will the Yankees be on his short list? Are they, the Cubs and Dodgers really the only suitors? Harper will have his pick of wherever he wants to go. So how can a baseball card set give us a clue as to his thought process, still weeks away from the first dip in the recruiting war?

Maybe not at all, but for the first time, Topps has given over the reins to someone else. Harper has created his own Topps baseball card set, featuring top players in the league, his all-time favorites – and even guys with the best hair. It’s a look into who the MVP, Rookie of the Year and 6-time All-Star sees as the best in the game right now, as well as his all-time heroes, and, just for fun, a “best hair” category.

Topps X Bryce Harper “220” is a first-of-its-kind set where Harper hand-picked the design, chose the players, theme, and added his own words to it. His meticulous approach resulted in a set fans are sure to love.

So while the basically rudderless Mets are likely not in the running for the outfielder’s services next year, it’s their star pitcher Jacob deGrom who made both present-day lists, earning a spot on Harper’s squad and one honoring his flowing locks.

But there are two Yankees in the mix, with Aroldis Chapman on the current All-Harper team and Derek Jeter among five of “All-Time Heroes,” a list that includes Hall of Famers Ken Griffey Jr., Chipper Jones and Josh Gibson, as well as his own father Ron Harper.

Which other teams might he be leaning towards? Harper distributed his other choices among nine other teams, including two of his teammates (Sean Doolittle, Max Scherzer), two Cardinals (Yadier Molina, Marcell Ozuna) and two Red Sox (Mookie Betts, J.D. Martinez). So no real clues there.

The primary teams of his “heroes” other than Jeter’s Yankees (not his current Marlins!) seem unlikely. Will that connection to perhaps the most popular player ever to don the Pinstripes be enough to pull the 10-year contract he likely desires?

We’ll soon know if it’s in the cards.