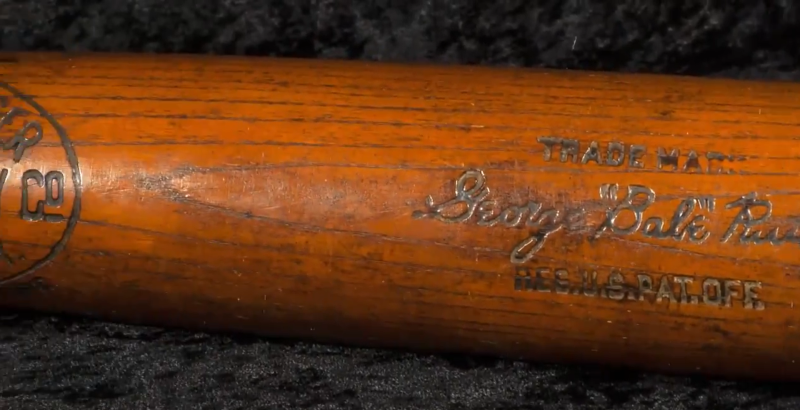 “Babe Ruth memorabilia continues to be among the most prized artifacts for all worldwide collectors,” said SCP Auctions President Kohler, “and this outstanding bat proved that once again.”

The auction also featured these items and their sales prices:

Ruth became the first player to reach the 500-homer plateau on August 11, 1929, establishing the career benchmark by which all power hitters are measured to this day. The bat was gifted by Babe Ruth in the mid 1940’s to his friend and former mayor of Suffern, New York, Jim Rice. It had been quietly stored by Rice’s family for nearly 75 years until being unveiled by SCP Auctions on the 90th anniversary of the historic clout.

Babe Ruth was an American original, baseball’s first great slugger and the most celebrated athlete of all-time. He was the prototype of the modern superstar whose unparalleled feats on the field were only equaled in magnitude by his gargantuan appetite for life away from the diamond. After being sold by the Red Sox to the Yankees in 1919, Ruth became the first player to hit 30, 40, 50 and 60 home runs in a single season, and his slugging style forever changed the way baseball was played. By the start of the 1929 season, Ruth already had smashed 480 career home runs. No other player at that point had even half as many. He was still only 34, so the question for fans to answer was not if Ruth would reach 500 in his career, but when.

He reached the coveted milestone on August 11th, 1929, in a showdown with the Cleveland Indians at League Park. In his first at-bat leading off the top of the 2nd inning, Ruth broke a scoreless tie with a solo shot off Cleveland starter Willis Hudlin. The ball not only cleared the right field wall, it left the stadium and rolled down Lexington Avenue where it was picked up by a lucky Indians fan. (After the game, this important ball was returned to Ruth for $20 and a Babe autographed ball.)

Although Babe Ruth enjoyed a level of fame in his day greater than that of any public figure in American history, he remained extraordinarily affable with fans, possessing an “everyman” quality that endeared him to all corners of society. Ruth enjoyed many interests outside of baseball and maintained many close friendships away from the game. Jim Rice enjoyed a particularly close friendship with the Babe beginning in the early 1940’s. As a long-time well-known sportsman and golf club champion in Suffern, New York, Rice’s exploits with Ruth are documented in several newspaper articles from the period. For many years the pair regularly enjoyed golfing, bowling and dining together. Ruth was a frequent visitor to the Rice household, endearing himself to Jim’s wife, Ethyl, and his children. Over the course of their friendship, Babe Ruth bestowed numerous gifts upon the Rice family including autographs and other mementos. Most significantly, Ruth gifted to Jim his bat he used to clout his historic 500th career home run. The bat has been impeccably preserved and closely guarded in the Rice family for two generations.

Hidden for decades from a world of collectors who treasure elite Babe Ruth artifacts above all else, the bat surfaced and was put up for auction by the Rice family. It has been recently authenticated by leading game used bat expert John Taube of PSA/DNA, receiving the firm’s highest grade of GU10. 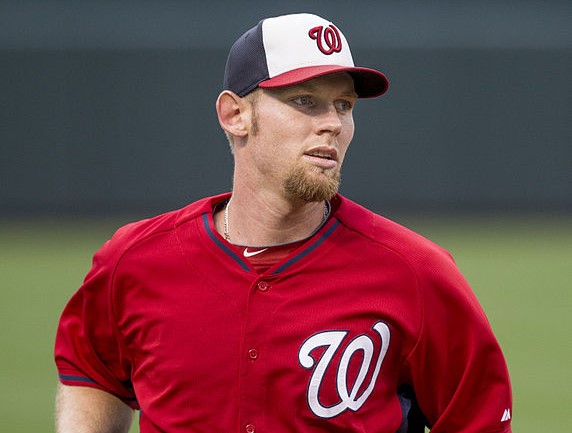