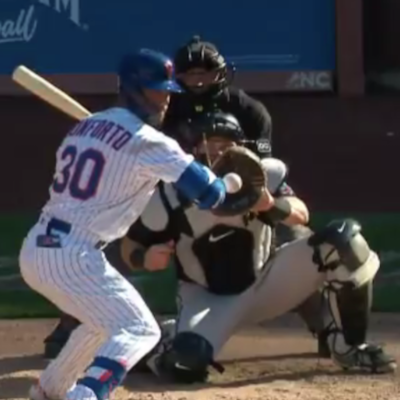 After months of building anticipation, extended by the Nationals bout with COVID, the Mets finally got to play baseball and it did not go well. Is this early season rust or a sign of things to come?

Let’s face it, this was the most exciting Mets offseason in years. Aside from adding a perennial All-Star, a top-of-the-rotation pitcher, and some other key pieces, they also replaced the much maligned (and often deservedly so) owner with a wealthy Mets fan intent on making fans happy. As fans watched this new iteration of the Mets take shape, the appetite for success went from starving to salivating and downright ready to pounce, like a cartoon cat preparing to eat a mouse.

Instead, on the morning of Opening Day, multiple players on the Washington Nationals, the Mets opponent for the opening series, either contracted COVID or came into contact with someone who did. Hours before the game was to start, the league announced that it would be postponed, and shortly thereafter, the entire series met the same fate.

And then, when the Mets finally opened their season, this time against the Phillies in Philadelphia, the visions of new outcomes became instant mirages, and the frustratingly familiar Mets appeared. As we’ve seen so many times before, the Mets first 5 games were filled with runners left on base, two wasted Jacob deGrom starts, one inning full of offensive that offered a glimmer of hope, and a consistently overmatched bullpen.

As you can imagine, with all that pent up anticipation leading to such disappointment, the anger was inevitable. We’re only almost two weeks into the season and the calls to fire Luis Rojas, or trade deGrom so they can get something for him before it’s too late, or trade Conforto because it might be too late, or sell the team to Alex Rodriguez, have been overwhelming. Well, maybe not that last one, but you get the drift.

So what does this all mean? Very little, actually, and still not nothing. Losing 3 of the first 5 games of the season is disappointing, and with all that pent up anticipation, it hits a little harder (no pun intended). Still, everyone in the Mets regular starting lineup, aside from Brandon Nimmo, is severely underperforming. The possible reasons for this right now just sound like excuses: the delayed start threw them out of rhythm, Conforto’s contract situation has gotten into his head, the hitters are pressing, the dog ate their homework. Well, maybe not that last one, but you get the drift.

Whatever the reasons may be, they don’t really matter much. We know that Francisco Lindor isn’t a .176 hitter, we know that Michael Conforto can come through in the clutch, we know that Jeff McNeil will get a hit more often than once every 6 games, and we know that Jonathan Villar won’t strike out in half his at-bats. Well, maybe not that last one, but you get the drift.

The point is that had the Mets started the season 5-0, it would still be foolish to start making October plans, much the same way that a 2-3 start is a little early to be packing it in. It doesn’t take much to change the numbers after such a small sample size.

This doesn’t mean that we can simply dismiss the early season struggles of virtually an entire lineup. Conforto is too good a player to be the last guy in the lineup you want to see come to the plate with a man on third and nobody on. Pete Alonso’s monster spring training needs to carry over. Trevor May will need to backup his affable personality with some in-game reliability. And then there’s the jewel of the Mets offseason, and the likely focal point of the team for the next decade(!), Francisco Lindor.

Lindor, like many players not named Yoenis Cespdes, is starting off slowly after joining the Mets. It’s easy to expect him to pick it up like Piazza, and not stay stagnant, like Juan Samuel. This isn’t Roberto Alomar, who joined the Mets at the tail end of a Hall of Fame career and had a little less left in the tank than expected. Still, the Mets have to hope that this isn’t Carlos Baerga either, whose career demise came on suddenly and without much warning (and only shortly before he joined the Mets).

In 1986 and in 2015, two seasons in which the Mets eventually went to the World Series, they followed their 2-3 start with an 11-game winning streak. While that would be remarkable, I think even a lesser win streak would go far in satisfying a fan base hungry for some wins.

Going Nine: Nash Way Off Base With Halper Smear 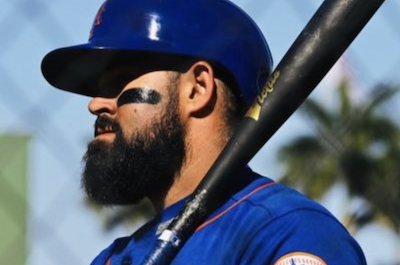