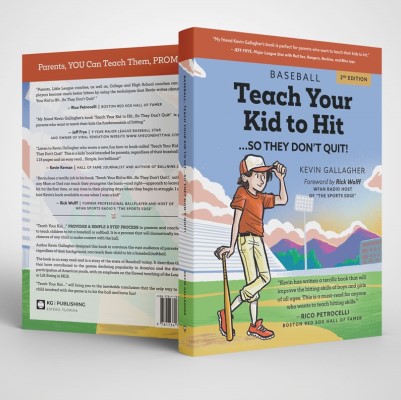 SAVE THE GAME ™ is a grass roots initiative to invigorate Major League Baseball and increase youth participation in the game; the initiative was launched by the nine-year veteran former MLB player Jeff Frye (Rangers, Red Sox, Rockies, Blue Jays), and two New York college standouts – Kevin Gallagher (Pace University) and Pat Geoghegan (Mercy College). Gallagher’s book, “Teach Your Kid to Hit … So they Don’t Quit,” was the genesis of the “Save the Game” ™ movement. The hope is that the initiative will ensure the revitalization of the game toward a healthy business future.
Visit www.savethegameus.com for more information and to sign the petition. The initiative starts a one million signature petition-for-change effort to gain momentum toward a National movement, while grabbing the attention of MLB executives on a league and team level. Visit www.savethegameus.com for more information and to sign the petition.
Simply stated, Gallagher, Frye and Geoghegan contend that MLB has lost its entertainment value because of its reliance on the power swing and little action between home runs. America’s youth is not engaged with MLB because the game has become too slow for this generation. Without the next generation’s involvement, MLB’s customer base will be diminished and baseball could lose its relevance and becomes a niche sport.

SAVE THE GAME ™ group wants to align with MLB on issues it has raised and problems already recognized in a grassroots effort.
Some of the focuses of SAVE THE GAME ™ include:
· Give a Voice to the American baseball fan.
· increasing youth participation in baseball with instruction from the book, and aligning with MLB to partner on the message.
· reaching out to the RBI Foundations of each team (Revive Baseball in Inner Cities) to provide support and tools to help kids play the game
· developing an app for parents which will provide a process to teaching kids, so they enjoy the game
· Creating new fans.

It is the belief of the trio, and many experts are in agreement, that baseball has lost its luster because of its lack of action and strategy. Once America’s pastime, today it lags in television ratings (down 50 percent since 2003), sponsorship dollars and younger fan interest (only 7 percent under 18 watch baseball).

The hope is to revive baseball by bringing it back to its quicker pace of bygone years. The strategy, beginning with a player’s swing in youth baseball, includes: contact hitting and keeping the ball in play instead of swinging for the fences to increase action, thus making the game more entertaining; and by engaging younger fans and instructing younger players on the art of the game from Little League to High School to College.

Gallagher gives this example of the current “All or Nothing” approach: “There are only 2.46 home runs hit per game. In a three-hour game, you’re only getting a home run every hour. In between home runs is what is killing baseball. There is no action. We have to restore the game to the way it was historically played.”

An advisory board is being formed and a National Save The Game Day will both be announced in February.

1. “Save the Game” ™ is a movement brought about by our concern that Major League Baseball could be irrelevant or just a niche sports in Ameriica in 15 years.

2. The reason is that MLB has changed the Fundamentals of the game that have been successful for 125 years and shifted to an all-power game, reducing the amount of action and entertainment for the viewer.

3. Longtime fans are watching less, and younger people are not watching at all. The game is too boring for the younger generation who has many other entertainment venues from which to choose.

4. In 15 years MLB will depend on this younger generation to support the game. Unless the trend is reversed, baseball will be a secondary sport in America.

5. We want to “Save the Game”™ by Harnessing the “Energy of Discontent” of the baseball fan across America and collect 1 million digital signatures which we will bring to MLB to help them realize their game is in jeopardy and needs change.

6. We want to give the Fan of America a Voice to MLB.
We will then work with MLB providing solutions to bring back action and engage with the younger generation.