For much of the last few years, Mets fans have been asking for someone to stand up in the New York Mets’ clubhouse, take charge, and lead the team. Some might argue that Carlos Delgado was that leader, but more would say he was a failed and divisive one. Impact bat? Hell yes. But a leader? Leaders don’t manipulate the clubhouse, play politics behind the managers back, and encourage other players to do the same.

As one very amiable sportswriter who coevered the 2005-2008 Mets told me recently, “Based on what I heard about Carlos Delgado, I thought I was going to love the guy. He was progressive (referring to Delgado’s activism), was interested in politics and had the reputation of being a real stand-up guy. He was easily the biggest (bleeping) asshole I’ve ever met in baseball.”

Many would say, and I would agree with them, that one of the biggest differences between the 2006 Mets team that dominated the NL East until falling to the Cardinals in Game 7 of the NLCS was the absence of Cliff Floyd. Though no longer a full-time player, he was a valuable bench player for the Chicago Cubs in 2007. And in 2008, a lot of folks cited his leadership skills as of of several factors in the Rays getting to the World Series.

I interviewed Cliff Floyd more than a few times during his career, and the following is an excerpt from a article I posted on the old Gotham Baseball on February 26, 2006 (thanks to WayBackMachine.com for the link)

“This is New York, man. If you try to figure it out (alone), you will get in trouble.” – Cliff Floyd

In the past few days, the word out of spring training at Port St. Lucie is that Mets’ outfielder Cliff Floyd has had a very positive influence on David Wright’s young career, serving as a mentor of sorts to the third baseman. I chuckled quietly to myself when I heard someone say “so he makes [Wright] carry his bags, and that’s serving as his mentor? [Bleep].”

It was only a year ago around this time when the questions surrounding Jose Reyes were about his ability to stay on the field, not his on-base percentage. Injuries had taken most of his first two years with the Mets, and Reyes fielded questions all last spring about his hamstrings, not his walk total.

“As long as he’s in the lineup,” added left-fielder Floyd said, “good things will happen.”

Though the team’s veteran players had all been effusive in their praise for Reyes, it was Floyd really understood what Reyes was going through.

In 1993, while in the Expos’ system, Floyd was picked by Baseball America as the No. 3 prospect in all of baseball. The ranking got him the cover of the publication, and created a high level of expectation for the young first baseman. Tagged with star potential from the day he joined the Montreal organization, Floyd’s early career was staled by a seemingly endless series of physical challenges, not only hampering his output, but threatening the career of the kid with the “Can’t Miss” label.

A wrist injury in 1995 that left him with six of the hand’s eight bones either broken or dislocated, nearly ended what was a potentially star-filled career after a collision at first base with then-Met Todd Hundley. Floyd said the injury may have caused doubts in others, but it allowed him to attack his rehab in a ferocious manner.

“I learned a lot about myself then,” Floyd said. “[Reyes] just needs to separate himself from the perception, and concentrate on his game. This is New York, man. If you try to figure it out [alone], you will get in trouble.”

Exactly 10 years later, the 2003 Top 25 prospect rankings by BA Listed Reyes as the No. 3 top minor league prospect, a fact not lost on the now-veteran Mets outfielder.

“It can be difficult [to have all of that expectation],” said Floyd. “He’s got a lot of talent, but you have to learn how to know your limits. We need him to be in the lineup every day.””I think he’s handled everything really well, the way he’s battled back [after all the setbacks].”

For Reyes, having an accomplished All-Star caliber player like Floyd encourage him and assist him in his transition back into the Mets clubhouse was priceless.

“He has been so great.” said a beaming Reyes. “He’s been talking to me so much about how to take care of myself properly and how to keep the energy in my legs.”

“He says to take it day by day, and when I feel better, everything will be OK.” 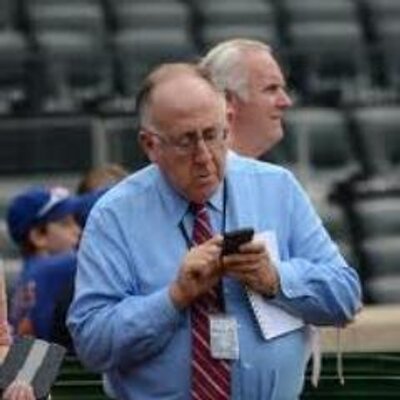