A late addition to the broadcast, but a incredible one, was Mike Ozanian, the Managing Editor of Forbes.com’s SportsMoney department, who shared his expertise on the scope of the Madoff / Wilpon debacle.

Joining the discussion also was Mets blogger Steve Keane (The Eddie Kranepool Society), will gave us one fan’s perspective.

Wayne McDonnell, Clinical Associate Professor of Sports Management, was also on the program to talk about his article about the Wilpon mess, which appeared on Forbes.com on Monday;

The Mets have been the epitome of a dysfunctional sports franchise even without any references to Bernie Madoff and the Ponzi scheme. The Mets’ $400 million dollar business relationship with Citigroup, Inc. was the subject of intense scrutiny after thousands of Citigroup employees lost their jobs due to the plight of the American economy. Countless ill-advised contracts and off the field matters have plagued a franchise that has desperately tried to emerge from the daunting shadow cast by their crosstown rivals, the New York Yankees. However, the dire financial predicament that Fred Wilpon and Saul Katz are currently facing is far more serious than signing Oliver Perez to a bloated $36 million dollar contract over three years.

Also, New York Post columnist Kevin Kernan, who says the Mets current plans to bring in a 25 percent partnership is not going to be enough.

The Wilpons need to sell at least 50 percent of the team and bring in equal partners, like they once had with Nelson Doubleday. They need to have co-owners with a vision of victory. They should do that or they should sell the entire team. This 25-percent stuff will not cut it. 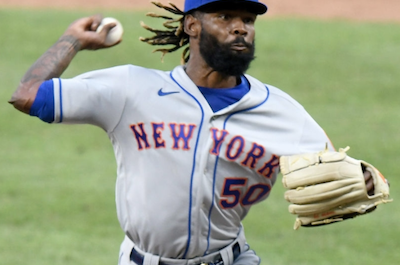