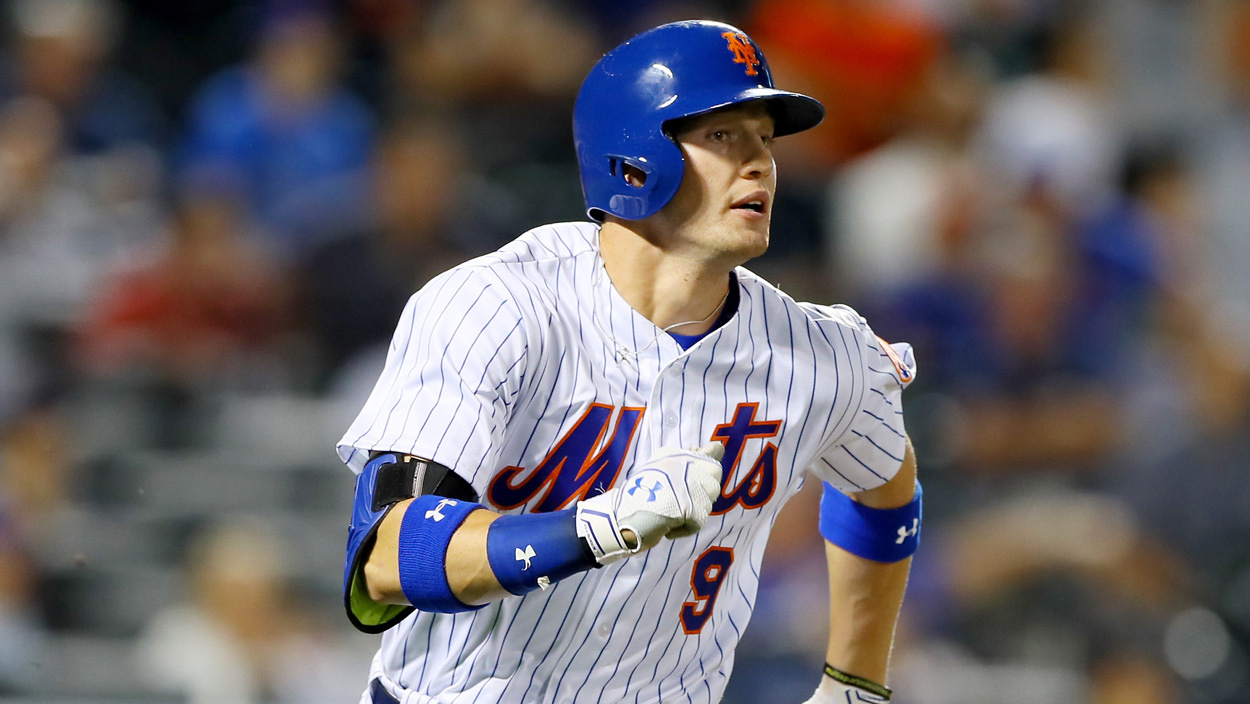 With each and every at-bat, Brandon Nimmo looks closer and closer to securing his spot as the Opening Day lead-off hitter and center fielder for the New York Mets.  While this was what the Mets may have anticipated when they drafted him as the 13th overall pick of the 2011 Draft, his getting to this point has been in question over the past few seasons.

In fact, the dreams of Nimmo starring for the Mets seemed all but dead in 2016.  In an effort to make a push for a second straight postseason berth, the Mets had included Nimmo in a trade with the Cincinnati Reds for Jay Bruce.  When a medical issue arose with one of the minor league pitchers who was included in the original construction of the deal, Nimmo remained a Met.

Speaking of Bruce, it seems as if his acquisition will once again stand in Nimmo’s way.

According to various reports, Michael Conforto is doing well in his rehab from last year’s nightmare shoulder injury, and he could be ready to rejoin the team in May.  When Conforto does return, he looks to be joining an outfield that includes Yoenis Cespedes, Bruce, Nimmo, and possibly Juan Lagares.  As this isn’t beer league softball, there isn’t room for four outfielders meaning someone will eventually be heading to the bench.

No, it’s going to be Conforto.  That is unless the team wants to put Bruce at first base.  Of course, that would require the team to release Adrian Gonzalez, keep Dominic Smith in Triple-A, and all but assure Wilmer Flores be nothing more than an occasional pinch hitter against left-handed pitchers.

That’s a lot of moving pieces, and you can at least question if the organization would be willing to do that.  After all, this is the same ownership and front office who stubbornly kept James Loney at first base in 2016 in lieu of putting Bruce there.  That decision would have opened the door to get Curtis Granderson back to right field, and it would have created playing time for either Conforto or Nimmo in center.

Maybe 2018 will be different.  Maybe Nimmo plays so well he forced the Mets hands when Conforto returns.  Maybe Mickey Callaway will be more willing to give the younger better producing player more playing time than the veteran than Terry Collins ever would.  Then again, maybe not.

Ultimately, how the Mets handle the Nimmo situation will set the tone not just for the 2018 season but for the next three years.  Really, the Mets are giving Nimmo about a month to prove he can lead-off and play center field.  If he doesn’t prove it, Conforto likely gets his spot, and Nimmo is a fourth outfielder until Bruce’s and Cespedes’ contracts expire.

So yes, Mets fans can get excited about Nimmo’s breakout Spring, but it should not be unbridled enthusiasm because ultimately Nimmo is blocked for playing time by three other higher profile players.  In the end, we shouldn’t be questioning if Nimmo is the Opening Day centerfielder.  Rather, we need to question what he needs to do to say the team’s center fielder.