In what should prove to be the nadir of the 2018 season, the Mets proved they cannot even accomplish the simplest of baseball tasks.  Really, the simplest of them all.  Batting in order.

In the first, Wilmer Flores hit when Asdrubal Cabrera was supposed to hit.  IN THE VERY NEXT INNING, the Mets skipped Jay Bruce and sent Adrian Gonzalez to the plate.  There were excuses offered, and ownership of the moment was taken, but really, there was no excuse.

People could easily move on from a bizarre mistake if this was the only thing the entire Mets organization didn’t completely botch.

With Jacob deGrom possibly needing to miss at least one start, the Mets failed to make proper contingency plans by having their preferred starter, Corey Oswalt, lined up to make his start.  This led to the Mets tabbing P.J. Conlon, a pitcher the organization views as a future Major League reliever, making his Major League debut as a starter.

After Conlon’s short start and with Jason Vargas slated to toe the rubber the next day, the Mets were seemingly proactive by dipping into the minors again to bring up a pitcher who could give them length out of the bullpen.

Did they call up Chris Flexen, who was on full rest and ready to start?  No, of course not.  Instead, the team calls up Oswalt, who was on three days rest and had to fly across country.  No rationale organization or manager would expect a starting pitcher to prepare to enter as a reliever in a May game, and to his credit Mickey Callaway didn’t.

Instead, he would finish out the series going to the whip with Robert Gsellman, Seth Lugo, Paul Sewald, and AJ Ramos, thereby making the whole premise for calling up Oswalt a complete farce.

Circling back to Ramos for a second, Callaway had gone out of his way to make it a point to say the Mets were going to use their best relievers in the highest pressure situations.  Those words sound hollow when you saw a tired Ramos allowing Adam Duvall to hit a walkoff homer in a game a well rested Jeurys Familia did not even appear.

Sadly, it goes much further than this with Vargas having solidified a rotation spot despite pitching much worse than what had gotten Matt Harvey first removed from the rotation and later designated for assignment.

Jose Reyes, who has been the worst hitter in the Major Leagues, can’t do anything right.  When being used as a pinch runner, he can’t score from first on an extra base hit because he hesitates TWICE around the bases.  After that performance, he’s then put in the lineup over Wilmer Flores to take the place of an injured Todd Frazier.  Naturally, he went 0-4 with a strikeout.

Speaking of injuries, the Mets are playing the same Russian Roulette game with Yoenis Cespedes‘s legs they do every year.  He’s clearly not himself on the field after tweaking his quad yet again.  The team would rather see him produce nothing, injure himself further, and not give the playing time to either Brandon Nimmo or Juan Lagares, who have merited more playing time with their play on the field.

The list of issues with the Mets goes on and on and on . . . .  For the moment, everyone will point to the Mets batting out of order as a reason to go “Same Old Mets!”  But really, if you’ve been paying attention, things have been out of order with this whole organization for quite some time.  It just took that seminal moment for many to realize it. 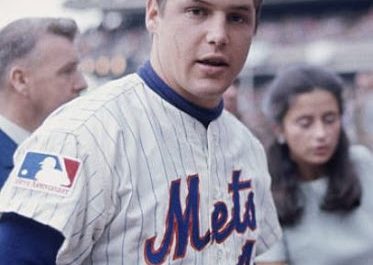