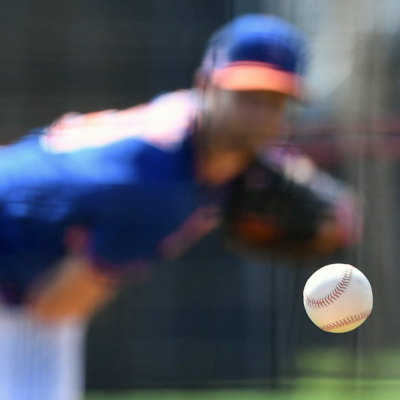 It isn’t pleasant, but it’s also not so hard for Mets fans to think back to recent seasons that were more or less ruined by a lack of starting pitching depth. Despite the “image” cultivated by the club ever since their pennant-winning season in 2015, too often the Mets have been undermined by less-than-major-league-quality innings throughout the starting rotation.

In 2017, the year immediately following the last time they made the playoffs, only a 23-year-old Robert Gsellman and 26-year-old Rafael Montero logged more innings than Jacob deGrom and both posted ERAs over 5. Things were less obvious in 2018, but you may recall an absolutely brutal year from Jason Vargas and a 24-year-old Corey Oswalt combining for 150 innings and an era closer to 6. Then, in 2019, I would argue the biggest stumbling block was a down year from Noah Syndergaard, who posted the worst ERA of his career. Still, the rotating cast of characters and downright inability to get something even resembling “MLB replacement level” in the 5th starter slot was crushing. We’re throwing it back to in-season trade acquisition Wilmer Font, as well as organizational depth pieces Walter Lockett and one-time Korean Big Leaguer Chris Flexen. Combined, they threw 66 innings at an ERA of 6.50.

That means a loss was more often than not basically guaranteed every 5th game.

Of course, you can’t plan for every injury, and there’s plenty of reasons 31 teams have to say “wait till next year” every November. Still, it’s insanity to do the same thing over and over again, and yet when it comes to not having enough “depth” and flexibility in the starting rotation — that’s exactly what the Mets have been doing.

In an era when teams carry more pitchers than ever and the bullpen remains increasingly important in terms of building a pitching staff, the tendency to neglect the back end of the starting rotation becomes tempting. After all, most of the time we’re talking 5-6 innings at best from what amounts to a 5th starter.

And yet looking back on the last few years for the Mets, all while their offensive output continues to improve, it’s impossible to ignore the stone hanging from their neck every 5th day.

Enter then this past offseason. While I’m as excited as anyone about Francisco Lindor and new catcher James McCann, the pitching depth is what has me most hopeful.

Jacob deGrom being the Cy Young candidate that he is, Lindor’s old Cleveland teammate Carlos Carasco comes in as a “solid two”, much like you once had in Zack Wheeler. That allows Marcus Stroman mid-rotation status, second-year pro David Peterson to the back end, and the waiting in the wings Noah Syndergaard furiously rehabbing.

That brings us to the long and drawn-out point of this piece. Perhaps the most telling move the Mets made this offseason was signing Taijuan Walker. The buzz and coverage of baseball’s offseason (as disjointed as it is) had largely moved on to NBA storylines and NFL offseason musings. Walker was signed one-day after pitchers and catchers reported for Spring Training. It had previously felt like their “offseason” was over. It felt like maybe the Mets would “cobble” together the 5th spot, much like previous years. Recently acquired Joey Lucchesi and Jordan Yamamoto would be options.

Walker represents a significant upgrade. Despite his struggles with injury (including Tommy John surgery) the former first round pick is talented and has had past success. In eight years he’s pitched to a sub-4-ERA and an over .500 record. That’s something you’d sign up for immediately out of the rotation’s “4th or 5th” slot.

Baseball seasons are (outside of last year) long and unforgiving when it comes to injury, fatigue, and “the ball finding” someone you don’t want it to. You need to avoid complete dumpster fires in the back end of the rotation if you want to compete long-term. 162 games have a cruel way of exposing that. And — especially given Walker’s signing, Syndergaard’s impending return, and the growth of Peterson last year — this won’t be a year when you’re all but assured of watching a blow-out loss every 5th day. I’ll take that in a long year, with a rising offense, and a bolstered bullpen.

View all posts by James Flippin →